CURRENT TREND OF PREMIERING NOLLWOOD BLOCKBUSTERS IN PORTHARCOURT IS A SURE SIGN OF AN ENABLING ENVIRONMENT FOR INVESTMENTS. – PRINCEWILL AT “FIGURINE” MOVIE PREMIERE 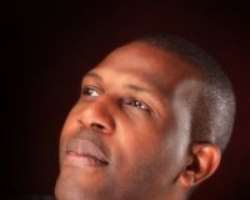 The Rivers State AC Leader, Prince Tonye Princewill on Friday night greeted hordes of fans as he led the cast and crew of the latest Nollywood blockbuster “Figurine” down the yellow carpet at the movie premiere at the Silverbird cinema in Port Harcourt.

In his remarks at the occasion, Prince Tonye congratulated the youthful producer of the movie Mr Kunle Afolayan for the successful screening of the movie in Lagos and Abuja prior to its Port Harcourt outing and most importantly for its earlier significant outing in Ghana and London. Prince Tonye also expressed delight at the new found confidence the Nollywood community has in the state with its decision to hold premieres of such magnitude in the capital City of Port Harcourt. He recalled that in the last couple of weeks Port Harcourt has played host to the best of Nollywood for highly acclaimed movies like “Nneda”, “Motherland” and now “Figurine”. Prince Tonye opined that this recent development will serve to shore up the image of the state and investor confidence which hitherto had been marred by the insecurity in the area. He credited this new found sanity and peace to the total embrace of the recently concluded amnesty declared by the FG. According to him, “these premieres prove that PH is gradually reclaiming its status as the famous garden city and one of the safest Cities for nightlife in Nigeria. I therefore call on foreign investors to take advantage of the prevailing peace in the State to invest in the Sate.”.

On the quality of the movie, he stated that in terms of artistry, content and creativity 'Figurine' will hold its own on the world screens, competing favourably with any Hollywood film in its genre. “Figurine is a project blend of multi cultural and contemporary features, highlighting both the ancient and modern day life. Figurine movie is said to be the second Nigerian movie to hit the box office status after Stephanie Okereke's 'Through the glass and I am happy to be associated with this great idea and ingenuity' ”

In his speech delivered at the occasion, Rivers State Governor, Rt. Hon. Rotimi Chibuike Amaechi who was represented by Hon. Boma Iyaye, Commissioner of Sports stated that, “... My Administration no matter the misgivings in some quarters is geared at improving the night life of Port Harcourt and creating a conducive environment for prospective Investors. We are happy with Silver Bird Group's commitment to our drive for courting renewed investor confidence through its Silver Bird Cinemas hosting of Nollywood film premieres in Port Harcourt, thereby proving to the world that the state is investor friendly”.

The Producer of the Movie Kunle Afolayan- an actor extraordinaire better known for his award winning role in the highly acclaimed movie “Saworo Ide”,- who also played a leading role Sola in the Movie, attended the premiere in the company of other acclaimed acts in the movie. They include Ombo Gogo Ombo who played the role of Chief Priest and Omoni Oboli who acted as Mona, Sola's wife. In his speech at the event, he told the audience that he almost cancelled the premiere over fears about his safety until he received reassurance in this regard. whilst forecasting that Port Harcourt would by its recent antecedents become a hub for Nollywood in the near future, he commended Prince Tonye Princewill for his willing involvement as a Patron of the arts and urged him to continue to support Nollywood. Afolayan further went on to commend all those that had supported him in the four year journey of production of the movie with a production cost of over one hundred million Naira.

Also at the event was Taribo West, Nigerian ex football international, who expressed delight at being a part of the event. When questioned about the state of Nigerian Football, he gave his insight, “...Nigerian Super Eagles cannot fly due to nepotism, favouritism and bad administration of football in the country as players are now invited out of what they can give to the Coaches and not that you play well... until these sad ills are arrested and players recreate and imbibe the spirit and culture of merit, Nigerians should forget about enjoying good football anytime soon”

Other important personalities and Investors ittendance at the epochal event were, Hon. Commissioner of Urban Development, Barr Osima Ginah, Dame Aleruchi Cookey Gam the Administrator of Greater Port Harcourt , Dr Harrison of Clinotech that are building 1000 bed spaced mega Hospital in PH. Dr Omboye Pax Harry and Chief Emeka Ugwumba building the 250 bed Mother and Children Hospital, Mr. John Soberekon of the Rivers State Emergency Response Call Centre, Ilaria Chessa from ION International Film Crew, Mr Adonijah Owiriwa the Producer of the Nnenda Movie and many other current and potential investors in Rivers State courtesy of Prince Tonye Princewill the brain and force behind the PPP program of Rives State Government that is changing the face of Rivers State and her people.