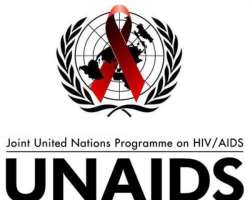 GENEVA, Switzerland, January 14, 2014/African Press Organization (APO)/ -- UNAIDS and the Global Fund to Fight AIDS, Tuberculosis and Malaria express deep concern that access to HIV services for lesbian, gay, bisexual and transgender (LGBT) people will be severely affected by a new law in Nigeria––further criminalizing LGBT people, organizations and activities, as well as people who support them.

The new law could prevent access to essential HIV services for LGBT people who may be at high risk of HIV infection, undermining the success of the Presidential Comprehensive Response Plan for HIV/AIDS which was launched by President Goodluck Jonathan less than a year ago.

The health, development and human rights implications of the new law are potentially far-reaching. Homosexuality is already criminalized in Nigeria. The new law further criminalizes LGBT people, organizations and activities. The law states: “A person who registers, operates or participates in gay clubs, societies and organisation, or directly or indirectly makes public show of same sex amorous relationship in Nigeria commits an offence and is liable to conviction to a term of 10 years imprisonment.”

The law also criminalizes any individuals or group of people who support “the registration, operation and sustenance of gay clubs, societies and organisations, processions or meetings in Nigeria.” The conviction is also 10 years imprisonment.

The provisions of the law could lead to increased homophobia, discrimination, denial of HIV services and violence based on real or perceived sexual orientation and gender identity. It could also be used against organizations working to provide HIV prevention and treatment services to LGBT people.

Nigeria has the second largest HIV epidemic globally––in 2012 there were an estimated 3.4 million people living with HIV in Nigeria. In 2010, national HIV prevalence in Nigeria was estimated at 4 percent among the general population and 17 percent among men who have sex with men.

In the 2011 United Nations Political Declaration on HIV/AIDS, all UN Member States committed to removing legal barriers and passing laws to protect populations vulnerable to HIV.

UNAIDS and the Global Fund call for an urgent review of the constitutionality of the law in light of the serious public health and human rights implications and urge Nigeria to put comprehensive measures in place to protect the ongoing delivery of HIV services to LGBT people in Nigeria without fear of arrest or other reprisals. UNAIDS and the Global Fund will continue to work with the Nigerian authorities and civil society organisations to ensure continued and safe access to HIV services for all people in Nigeria.

UNAIDS and the Global Fund urge all governments to protect the human rights of lesbian, gay, bisexual and transgender people, through repealing criminal laws against adult consensual same sex sexual conduct; implementing laws to protect them from violence and discrimination; promoting campaigns that address homophobia and transphobia; and ensuring that adequate health services are provided to address their needs.