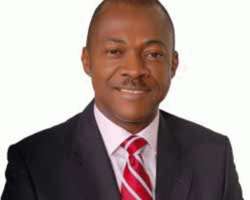 
The Enugu State Stakeholders Advisory Group, an assembly of eminent persons from the state, has called on Gov. Sullivan Chime to contest the Enugu West Senatorial seat in 2015.

The group made the call in a statement in Enugu on Sunday which was signed by its Chairman, Prof. Solomon Anadike, and Secretary, Chief Sunday Ojiogu.

They urged Chime to yield to the demands of the people on the senatorial bid after he might have completed his term as governor in 2015.

“Considering Gov. Chime’s exceptional performance in Enugu State, it will be most appropriate to have him continue serving the people of Enugu, this time in the Senate.

“We are sure he will again register another exceptional performance there,'' they said.

The group urged the governor to ensure that the agreement to produce the PDP gubernatorial candidate from the Enugu North Zone and the replacement of legislators who had served two terms at both state and national levels were implemented.

They, however, commended Chime for his declaration of support for President Goodluck Jonathan for the presidency in 2015.

“We are well aware that Gov. Chime has pledged the total loyalty of the Enugu State PDP to President Jonathan.

“We are pleased with this declaration of solidarity and loyalty to the president and we commend him highly,'' they said.

The group also charged the people of the state not to yield to pressure from some quarters to cause disaffection in the state.

“We are aware that some people are making plans to factionalise the PDP in the state. We should not allow it to happen because it will not augur well for the existing peace and development in the state,'' they added.