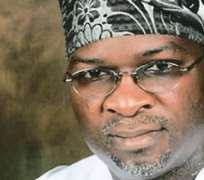 
Fourteen years after the return of civil rule to Nigeria, some elements in the military have yet to shed the despicable practice of harassing, assaulting, physically abusing and killing innocent civilians. In yet another case of murder, a Nigerian Army private, Benjamin Ezinne, on December 30, beat Bashiru Adebayo, a commercial bus driver, to death in Lagos. It was a needless tragedy, but Adebayo died nevertheless simply because he demanded that Ezinne should pay his bus fare. Life is sacred, and no Nigerian should lose it so cheaply because of an ill-disciplined man in uniform. Adebayo's death is unwarranted. It is a barbaric act that must be punished.

Like many others that have been abandoned, this 'case must not be swept under the carpet,' as Omale Ochuagwuba, the Director, Army Public Relations Office, 81 Division (Lagos), said. In other climes, the military is known for its discipline, keeping a safe distance from civilians. Their conduct is elevated, and their behaviour decorous. They are friendly and protective of civilians. The reverse is the case here. Ezinne was simply acting true to type. In Nigeria, many military officers don't bother to hide the notion that they consider themselves above the law, particularly when interacting with the civil populace.

In and out of government, the military often defines its relationship with the civilians, who pay for their upkeep, by undisguised contempt. In fact, they coined the derisive term 'bloody civilians,' to refer to civilians. The ill-disciplined in the military community disobey the rules and due process when outside the barracks, especially when they are driving, or waiting in a queue. A clear example of this unjustified disdain for the ordinary Nigerian is the refusal by Ezinne to pay for his bus ride of N100, though he is well remunerated by the taxpayer. This illegality is particularly widespread in Lagos, but the Ezinne/Adebayo case must be the last.

The Chief of Army Staff, Azubuike Ihejirika, must step into the matter. He must ensure that, after Ezinne has been subjected to internal military discipline and dismissed from the Nigerian Army, he is also prosecuted in the civil courts for the murder of Adebayo. Perhaps, this will teach those other military officers who are always quick to brutalise their countrymen a hard lesson in decorum. Ihejirika, who laid down the law as a former General Officer Commanding, 81 Division, that soldiers must pay their bus fares, should speak out publicly in this case. He should make the trial process open till its conclusion. This is one way to stop service personnel from abusing the trust that the Nigerian state has reposed in the institution. The abuse of the military uniform must stop.

In 2005, a Nigerian Navy officer, Felix Odunlami, shot and killed Peter Edeh, a commercial motorcycle rider, after the latter damaged his car at a traffic light stop in Lagos. This is just one in a long list of man's inhumanity to man that has become the common practice among some Nigerian military personnel. Although Odunlami was tried at a General Court Martial, which found him guilty and sentenced him to life imprisonment, the officer appealed the case. In June 2012, the Supreme Court affirmed the life sentence. These are the kind of cases that should be dispensed with quickly to reassure the public that some unruly soldiers will not continue to be a law unto themselves and bring the military into disrepute.

In November 2008, the (naval) ratings attached to Harry Arogundade (a rear admiral then), publicly beat up and stripped a lady, Uzoma Okere, naked for not giving way to his convoy quickly enough. Okere then filed a civil suit. The Nigerian Navy imprudently appealed against the N100 million compensation the court imposed on it for Arogundade's impunity. Perhaps, if Arogundade had been made to personally bear part of the cost, other military personnel would not be so hasty to brutalise civilians.

Some soldiers regularly terrorise Nigerian motorists, forcing them off the road without minding if they crash their cars. The military has the duty of enforcing the rules of engagement of its officers with the civil populace, whether it is on the road or in a queue. Officers should set good examples, and have an appreciation of civilians. Governor Babatunde Fashola of Lagos summed it up aptly in July 2012 when he apprehended one Colonel, K. I. Yusuf, and a Staff Sergeant, J. A. Adeomi, for violating the dedicated Bus Rapid Transit lane. 'Those officers that I caught today are very bad examples for the military,' Fashola had said. We agree totally.

But the Ezinne/Adebayo case has further eroded the image of the military. Nigerians see some of these officers as inveterately rash and irresponsible. For the long suffering drivers, their union must take the case up by ensuring that the military pays adequate compensation to Adebayo's family. The union must sensitise its members to resist whenever errant members of the Armed Forces or the police board their vehicles and refuse to pay the fare.

This tradition of lording it over civilians has to stop. The Defence Headquarters must take the lead, and tell their officers in Lagos to learn from how their men behave in other parts of Nigeria, where military men pay their bus fares.