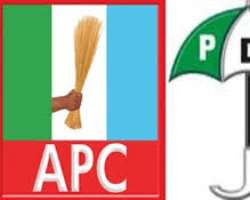 
The Chairman House of Representatives Committee on Rules and Business, Honourable Albert Tanimu Sam-Tsokwa, on Thursday, said that in spite of the defection of members, the leadership of the House remains intact.

But the Chairman, Senate Committee on Rules and Business, Senator Ita Enang, yesterday said defecting governors of the Peoples Democratic Party (PDP) and the 37 members of the House of Representatives must lose their seats, in accordance with the laws of the land.

However, speaking against the backdrop of defection of some members of the PDP to the opposition All Progressives Congress (APC), Sam-Tsokwa said 'for the avoidance of doubt, the leadership of the House emerged from the popularity of the candidates on one hand and the popular votes of members on the other,' adding that it was not strictly on party line.

'Therefore, defection or no defection, the leadership of the House of Representatives remains intact, having enjoyed and is still enjoying the confidence of the members.'

He assured that the House would remain intact with solemn constitutional duty to make laws for the peace, order and good government of the country. Speaking on the recent defection of 37 members of PDP to the rival APC, he said the development was in order, adding that such defections could not make the 37 lawmakers lose their seats.

According to him, 'Nigerians ought and, indeed, deserve to know that apart from the 1999 Constitution, there is no legislation in Nigeria against cross carpeting or defection.

The lawmaker also disclosed that when the House resumed from its Christmas break next week, consideration of 2014 budget estimates, conclusion of the constitution amendment process, Petroleum Industry Bill (PIB), support in principle of the national dialogue, among others, would be given top priority.

At the briefing, he also gave the summary of legislative measures undertaken by the House from June 2011 to December 2013.

He promised that the House, upon resumption, would pursue legislations that would touch on the well-being of Nigerians , including the appropriation bill 2014, PIB, national dialogue, among others.

Meanwhile, chairman, Senate Committee on Rules and Business, Senator Ita Enang, on Thursday, said defecting governors of PDP and the 37 members of the House of Representatives must lose their seats, in accordance with the law.

Enang, in a press briefing at the National Assembly, said the laws of the nation recognised that candidates for elections must be sponsored by political parties, adding that the electorate voted for parties and not necessarily the candidate during elections.

While recognising the right of individuals to join parties or associations, the senator said the questions remained whether elected officials could still keep their seats after defecting from a party.

He drew attention to the incident of 2012, where a member of the House of Representatives, Mr Ifedayo Abegunde, representing Akure North/Akure South constituency, who defected from Labour Party in Ondo State, lost his seat.