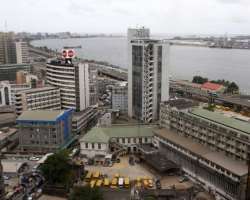 
The new minimum capital requirement for capital market operators would dampen the growth of the market, Okechukwu Unegbu, the Managing Director, Maxifund Investment and Securities Ltd., said on Wednesday.

SEC, had on December 19, issued a new minimum capital requirements for capital market operators with December 31, 2014 as deadline for operators to recapitalise.

He said that the new minimum capital requirements for market operators would affect market growth in the first quarter.

He said that the announcement of the new capital base would affect market expectations and investors' confidence in the nation's bourse.

'But unfortunately, the announcement has ruined the enthusiasm of market operators to do business,' Unegbu said.

He described the new capital requirement as diversionary and an obstacle to market recovery.

According to him, market operators are now challenged to concentrate more on ways to meet the regulatory requirements than their businesses.

Unegbu, a former President, Chartered Institute of Bankers of Nigeria (CIBN), said that the SEC failed to consider the peculiarity of the Nigerian environment before making the pronouncement.

'Leaders and regulators do things with impunity in this country without considering the impact and reactions,' he said.

He urged SEC to be careful with some of its policies to avoid investors and operators' apathy that could affect the success recorded by the Asset Management Cooperation of Nigeria (AMCON).

'AMCON has done a lot in helping the market to stabilise and we should not dampen the stability with unfriendly policies,' Unegbu said.

He said that the timing of the policy was wrong as the market was just recovering from the financial meltdown of 2008.

The market operator said that SEC should learn from the mistakes of the past consolidation in the banking industry, insurance sector and microfinance banks.

Unegbu, who is also the Legal Adviser, Association of Stockbroking Houses of Nigeria (ASHON), said the brokers who acted as intermediaries under the new capital base required more capital than issuing houses that carried more risks.

SEC, had on December 19, issued a new minimum capital requirements for capital market operators with December 31, 2014 as deadline for operators to recapitalise.

A breakdown of the new capital requirement  showed that broker/dealer now requires a minimum capital of N300 million, an increase of 328.57 per cent over the current capital of N70 million.

Broker is now required to increase its capital to a minimum of N200 million from N40 million, while a dealer's minimum capital now stands at N100 million from N30 million.

A registrar's operational capital has been reviewed up to N150 million from N50 million.