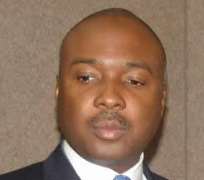 Kwara set to pursue policy on socio-economic dev.
By OLA AGBAJE
Thursday, March 11 , 2010
Gov. Saraki
The Kwara State Government has reiterated its determination to pursue with vigour the policy of realizing the socio-economic development of the state through public-private- partnership.

Commissioner for Information and Communications, Mr. Ben Duntoye, gave the assurance while receiving members of the management of Kingstone Hotels, Ilorin, who paid him a courtesy call in his office.

Mr. Duntoye said since the present administration came on board in 2003, Governor Bukola Saraki had made it a priority to create conducive atmosphere where private investors could operate for the dual benefits of investors and the government.

He explained that it was in pursuance of this policy that the state government in partnership with the Nigeria Free Trade Zone Registration Council created a Free Trade Zone in Kwara State.

Mr. Duntoye also spoke of government's determination to exploit the tourism potentials of the state as part of efforts to boost its revenue generation efforts.

He pledged the support of the state government to the management of the hotel through patronage to enable it contribute its quota to the socio-economic development of the state.

Earlier, the manager of the hotel, Pastor Eyitayo Ayoola, assured that the organization would partner with the state government to develop the tourism potentials of the state.