HOW NNAMANI STOPPED ME IN 2007, BY HOUSE OF REPS ASPIRANT 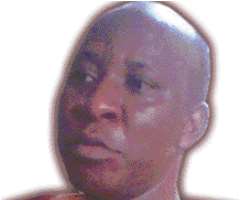 How Nnamani stopped me in 2007, by House of Reps aspirant

From CHIDI NNADI, Enugu
Thursday, March 11, 2010
Dave
If not that he was stopped by the executive fiat of formerGovernor Chimaroke Nnamani, Mr Dave Nnamani, would have been in the House of Representatives, representing his people in the Isi-Uzo/Enugu East Federal Constituency.

He had enjoyed the support of his people, as well as the zoning formular of the Peoples Democratic Party (PDP) in the state which Hon Gilbert Nnaji who is representing the counstituency had equally respected until the dying minute to the close of nomination for the 2007 election when he was encouaged by Governor Nnamani to pick the form.

Having made to step down for Hon Nnaji to serve out his term, Dave Nnamani now wants to give it a shot as his people are still clamouring for him to go there to represent them.

The PDP stalwart who spoke to newsmen in Enugu said that, this time around there is no obstacle on the way as Governor Sullivan Chime is a democrat who respects the wishes of the people.

Excerpt:
Electoral Reforms and free and fair election
The National Assembly as presently constituted are making frantic efforts. The present administration, the Presidency, Legislature and the Judiciary, are making efforts to see that the electoral reforms come into effect. And again, the Chairman of the Independent National Electoral Commission (INEC), Prof Maurice Iwu, has promised that he will give us a credible election just like he did in Anambra State . I believe that even with or without electoral reforms, that INEC is going to do a good job. It all depends on our people. Our people must be able to vote; after voting, they should defend their votes.

State of infrastructure in the country, especially in the South-East

The roads are bad throughout the country, and I know that government is making efforts to put our roads in order. No government, no responsible government wants its people to be driving on bad roads. That our roads are not good is not as a result of a deliberate policy of government not to do these roads. It is issue of resources not being enough. Government will definitely provide infrastructure to every part of the state as the time progresses.

Why I lost my House of Representatives bid in 2007

There is need for me to give you a little background. Our constituency is Isi-Uzo/Enugu East Federal Constituency. At the emergence of democracy in 1999, my friend and brother, Hon Chijioke Edoga was elected to represent us in the Federal House. He did a good job to the extent that he was Chairman, House Committee on Information. But after his election, there was an understanding between the people of Isi-Uzo and Enugu-East.

That arrangement is that the position of House of Representatives will be rotating between the two local government areas on one tenure basis. Chijioke had his slot between 1999 and 2003. After that, my friend and equally my brother, Hon. Gilbert Nnaji, took up the position. He is a very good man, a gentleman and a very humble person. He took the position from 2003 to 2007. And in 2006, the elite, the stakeholders of politics in Isi-Uzo, some of them are still living, some of them are dead; like the late Engr Festus Ugwu, the late Chief D.C. Ikeoha who was the chairman of the party at that time, had a meeting and said I should contest for the Federal House of Representatives on the platform of our great party, the Peoples Democratic Party (PDP).

I picked up the nomination papers, filled up all the relevant documents and submitted.  I was actually running as a sole candidate, because then it was not the desire of Gilbert Nnaji to go for a second tenure because of the arrangement. But about two days to the closing of the nomination thing, he picked up the forms. And when the elders and chiefs of the two local governments talked to him at Nike Lake Hotel, he told them that it was not his intention to go for a second term, but rather it was the then Governor Chimaroke Nnamani who was making him to go.

The elders tried to persuade him not to go, based on the agreement, but the governor then had an upper hand, especially when it comes to issue of party because he was the leader of the party in the state. He was the Deputy Leader of the federal House of Representatives then. The then State Chairman of the party, Chief Onyioha Nwanjoku discussed with Prof. Osahon who was a member of Board of Trustees of PDP and he told Prof Osahon that the nomination was being given to Gilbert because he was the Deputy Leader of the party. And on that, I was told to relax and leave him to go, which I did without any remorse and he has represented us well in the House.

Governor's interest in the selection of candidates

Our present governor, Barrister Sullivan Chime is a democrat and he allows the wishes of the people to prevail. He allows free expression of the people. He is not dictatorial.

We have never experienced this in our life time, and God will bless him for that. The Federal Government is also doing our federal roads, the road between Obollo Afor, Nsukka and Ehamufu Nkalagu through the wonderful contribution of Senator Ayogu Eze and Senator Julius Ucha. These two Senators have done wonderfully well in the provision of this infrastructure. I will just be an appendage. I will work with them, if given the opportunity to serve, and I pray and hope that our people will give me the opportunity to serve them.