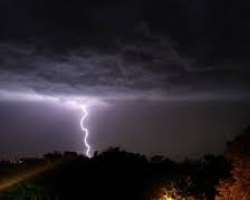 
A lightning bolt struck a church in Malawi, killing eight worshippers and injuring several others, the local media reported.

Several members of the Seventh Day Adventist church in the capital Lilongwe were admitted to hospital after Saturday’s strike, the Nyasa Times said, citing witnesses, the police and health officials.

It was not immediately clear whether they were injured by the lightning or in the panic to escape.

“People were inside the church attending the service when the lightening stuck. I first heard a loud burst which frightened almost everybody and few minutes later I just saw a stampede,” the paper quoted a witness as saying (Reuters).