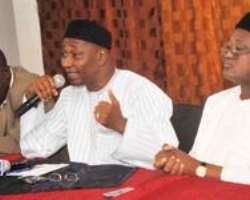 
The Niger State Council of the Nigeria Union of Journalists (NUJ) plans to construct a 20-room Motel at the council’s secretariat at the cost of N50 million.

The Chairman of the union, Mr Ilya Garba, announced this at a media briefing on Thursday in Minna on the council’s plans for its Press Week.

Garba said the venture was to boost the revenue base of the council.

He said other structures including a Cyber Cafe would be provided at the motel to serve the interest of the union members.

“The plans for the motel had been mooted in the past but we decided to move it forward and make necessary arrangements for its take-off.

“Already the drawings for the structure and bill of quantity are ready.

“The 20-room motel will serve the needs of the union members upon their transfer to the state as well as other interested members of the public.

“The management of the hotel will be leased out to a competent hotelier so that the union can get good returns for its investment,” he said.

On the press week, the chairman said activities lined up include lecture, visits to prisons and an inter-chapel games.

He said the games, to hold between the seven chapels under the council, was meant to enhance existing cordial relationship between the members.

Garba said prizes would be awarded to the winners at the end of the competition.

He commended Gov. Babangida Aliyu for his government’s assistance to the union which had helped the union to render valuable services to members.

The chairman also lauded the national body of the union for running “an inclusive administration” and reviving sponsorship of members for training within and outside the country.