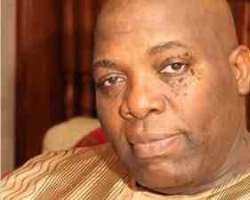 
The Presidency on Sunday boasted that it was not  perturbed by 'the parade of the All Progressives Congress.'

It said it  was evident that the party was suffering from a leadership deficiency and  hence its  penchant for   embarking  on   journeys  in search of leaders to give  it direction.

The Presidency, through the Special Assistant to the President on Public Affairs, Dr. Doyin Okupe, therefore predicted that the APC would soon collapse.

Okupe, in an interview with journalists after addressing a press conference on the achievements of President Goodluck Jonathan in Lagos, was apparently referring to the visit of the opposition party leaders to former President Olusegun Obasanjo on Saturday.

The APC leaders had also paid a similar visit to a former Vice-President Atiku Abubakar.

But the APC, through one its leading members,Rotimi Fashakin, said the Jonathan Presidency had since 'lost direction and does  not really know how to constructively engage the myriads of problems that are besetting it.'

Okupe however  expressed the  view that members of the APC seemed  to have forgotten that God had a hand in their seach for capable leaders.

He said, 'The APC boat is destined for the Red Sea and in fact, I remember that when we went to Israel, we prayed to God to remove all the people troubling Nigeria. So, by what is happening now, I believe that God is working quietly to gather these people.

'By the time Jonathan defeats those giants, God will take all the glory and people will know that the APC is heading for failure.'

Okupe accused the APC leaders of insincerity,saying 'when a Kwakwanso (apparent reference to Kano State Govenor …. Kwakwanso)  was in the Peoples Democratic Party, he was corrupt but  now,  he is a saint.'

Kwakwanso is one of the five  governors that  recently dumped the PDP for the APC.

Okupe also used the opportunity to assure Nigerians  that  Jonathan would not sweep the allegations  against the Minister of Aviation, Ms. Stella Oduah, under the carpet.

He, however, explained that it was on record that the   House of Representatives  Committee on Aviation  which investigated the purchase of  two bulletproof cars at a whopping N255m   did not convict Oduah of corruption.

Okupe said, 'You  should know that the House    has not convicted the minister of corruption but they said she did not follow due process in the purchase of the cars.

'You should however have known that punishment is given to the guilty but you must ascertain before  the guilty is punished. I believe that the Presidency will do something  about  the allegation  and I can assure you that the matter will not be swept under the carpet.'

On Jonathan's scorecard, the presidential aide  claimed that since the nation's independence in 1960, no Nigerian leader  had matched the President's achievements.

Okupe  frowned on the   'politicisation' of  the Boko Haram insurgency by opposition  political parties. He argued that  that   was the reason why some people believed that the present administration was not serious about the war  against the insurgents.

He said the Federal government had succeeded in restricting the sect and weakening  its  influence.

But Fashakin described the Jonathan  administration as a colossal failure.

Fashakin, who was the National Publicity Secretary of the defunct Congress for Progressive Change,  said it was laughable for anyone least of all, Okupe,  to score the President high in terms of performance.

According to him, Nigerians need to know what led to Okupe's ignominious exit from Obasanjo's Presidency.

'We need to understand that this talk that this Presidency engages in is symptomatic of a leadership that has lost direction.'

He said instead of the President to address the corruption linked to one of his ministers, he chose to set up an administrative panel but has not had the courage to make public its findings.

Meanwhile, the  PDP  leadership   has said it was  not angered by the meeting between  Obasanjo and the leaders  of the APC.

It said that since the former President   told them  that he remained a card-carrying member of the ruling party,  the APC   gained anything from the meeting.

The Deputy National Publicity Secretary of the party, Alhaji Ibrahim Jalo, told one of  our correspondents in Abuja on Sunday, that  it would be wrong to crucify the former President because of the visit.

'With the statement by the former President, he has not committed any offence and the statement that came from him must have angered the APC. So, why do we need to begin to make issues out of the meeting.'