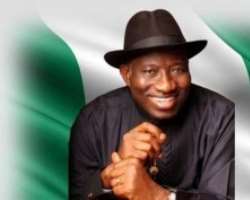 
President Goodluck Jonathan has approved the commencement of the privatization of the nation's four refineries, the Bureau of Public Enterprises (BPE) said on Friday.

According to the BPE,  the action is in line with  the economic reform programme of Jonathan administration.

Head, Public Communications of the bureau, Chigbo Anichebe, in a statement, added that the privatization of of the refineries was meant to create the right environment for the private sector asserted that it is also in line with the Transformation Agenda, which seeks to catalyze and provide an enabling environment for the private sector to be chief drivers of the sector, which is the lifewire of the Nigerian economy.

Labour unions in the downstream sector, including NUPENG and PENGASSN, have indicated their opposition to the bid by the Federal Government to privatize the refineries.

They have given a notice of strike to commence in January if the government goes ahead with the privatization exercise without their buy in.

In furtherance of the objective, the President has also approved the constitution of a Steering Committee on the privatization process that involves all relevant stakeholder ministries and agencies.

Commenting on the mandate, the Director General of the BPE, Mr. Benjamin Dikki, said,  'The directives we have is to conduct the privatization process transparently, complying with due process and international best practice. We are expected to improve on the high standards set in the power sector transaction, which has received accolades all over the world as being very transparent.'