PASS initiative turns every successful pass in the UEFA Europa League competition into funding for education, contributing to UNICEF's efforts to enable access for children to one million days of education
By Western Union 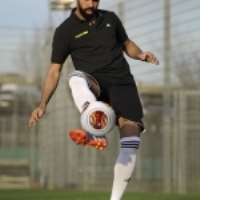 LONDON, United-Kingdom, December 18, 2013/African Press Organization (APO)/ - The Western Union Company (http://www.westernunion.com/) (NYSE:WU), a leader in global payment services and a Global Partner of the UEFA Europa League (http://www.uefa.com/uefaeuropaleague/index.html), today announced that, as the Group Stage in this season's competition comes to an end, over 250,000 successful passes have been made since the launch of its three-season PASS initiative in September 2012.

With the PASS initiative, Western Union and the Western Union Foundation (http://foundation.westernunion.com/) in collaboration with UNICEF (http://www.unicef.org/), are turning every successful pass in the UEFA Europa League into funding for better education, harnessing the power of football to support vulnerable children around the world.

The top 5 clubs/players for passing in the UEFA Europa League 2013/14 season to date are as follows :

In September, Western Union announced that Jamaica, Nigeria and Turkey were the first countries to receive funding raised by the PASS initiative. In Jamaica, PASS is supporting UNICEF programs aiming to achieve high levels of attendance, retention, numeracy and literacy among secondary school children with a focus on adolescent boys. In Nigeria, Western Union is helping increase the number of qualified female teachers and, in turn, the enrollment of female students, contributing to UNICEF's efforts to meet the country's need for 1.3 million more qualified teachers in the country. In Turkey, funding raised by the PASS initiative is being used to ensure disadvantaged children and ethnic minorities have access to a quality secondary education, with a focus on rural and low income areas where only 30 percent of children attend secondary school.

As part of Western Union's three-year partnership with UNICEF, Brazil will be a future recipient of funding from the PASS initiative.

Brazilian International and Tottenham Hotspur FC midfielder, Sandro Raniere said: “The Western Union PASS scheme means a lot to me because we can help children go to school, and children in Brazil need this help as some children are very poor”.

Patrick Gaston, president of The Western Union Foundation, commented: “Since the PASS initiative commenced in September 2012, we have experienced an outstanding level of support from players, fans and customers, which has been instrumental in allowing us to not only use the power and reach of football to build awareness of the global education challenge, but to also start to make a real difference to young people and their communities. PASS is a key part of Western Union's Education for Better campaign for secondary and vocational education, and it is fantastic to see the positive impact funding from this initiative is making in the countries that need it most.”

The Western Union Company (NYSE: WU) is a leader in global payment services. Together with its Vigo, Orlandi Valuta, Pago Facil and Western Union Business Solutions branded payment services, Western Union provides consumers and businesses with fast, reliable and convenient ways to send and receive money around the world, to send payments and to purchase money orders. As of September 30, 2013, the Western Union, Vigo and Orlandi Valuta branded services were offered through a combined network of approximately 515,000 agent locations in 200 countries and territories and approximately 115,000 ATMs. In 2012, The Western Union Company completed 231 million consumer-to-consumer transactions worldwide, moving $79 billion of principal between consumers, and 432 million business payments. For more information, visit www.westernunion.com.

About the Western Union Foundation