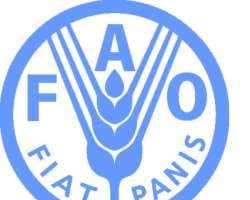 The publication, Rebuilding West Africa's Food Potential, presents a range of successful case studies since the region stepped up investments in agricultural development in the wake of the world food crisis in 2007-2008.

But the book argues that countries could benefit significantly from policy support that targets broader agricultural development and greater coordination among producers, private industry and the public and financial sectors.

“Although some West African countries in the region are doing better than others, the region has lagged behind other parts of Africa in terms of basic infrastructure, investments, research and development and agricultural processing,” said FAO Senior Economist Aziz Elbehri, who edited the publication.

The book reasons that the region should direct greater efforts to develop its staple food crops, which in the past have been sidelined in favour of a few export commodities.

Maize and cassava, two of the main pillars of West Africa's food security, could form the backbone for a thriving agro-industry given their multiple market applications, the publication suggests.

There is a huge production deficit in rice in the region, which currently imports an unsustainable 70 percent of what it consumes.

And yields of sorghum and millet – critically important for the food security of 100 million people in the Sahel – could double or triple with the help of improved seed varieties and fertilizer.

But providing farmers with the means to boost the yields of staple food crops is not enough, the book stresses.

“Farmers have little incentive to increase production if they can't sell their crops because of cheaper and easily accessible imports,” said Elbehri. “Policy and market incentives are needed to improve the competitiveness of locally grown crops and increase their share in the consumer market.”

The book also underscores the importance of continued investment in export crops such as cotton, coffee and cocoa, which play a significant role in generating income and employment, and flags tropical fruit and vegetables and other emerging niche products like sesame and cashew nuts as another viable area for export growth.

Tapping unexploited trade potential, particularly within the region, is critical for agricultural development, the publication says.

For example, countries could be trading significantly more locally grown maize than is currently the case. Just three percent of the maize grown in West Africa was traded within the Economic Community of West African States (ECOWAS) region between 2005 and 2009, according to FAO figures.

“The real challenge for West Africa is learning how to unlock the intraregional trade potential but this is a tall order as it requires overcoming a number of constraints,” Elbehri said.

Among the hurdles that governments need to address are poor transport networks, excessive regulation and conflicting trade policies among different countries, all of which result in costly delays on West African trade routes.

Innovative solutions involving both the public and private sectors are required to improve access to credit and markets for small-scale farmers, according to the publication.

It underlines that countries need to prioritize credit and resources for women, who have a central role in the staple food value chains of the region.

“Whether rice parboiling in Burkina Faso, cassava production in Cameroon or small-scale oil palm processing in Ghana, much of the staple food production and processing in West Africa is carried out by women,” said Elbehri.

“They need specific support to improve access to labour-reducing equipment and credit for post-harvest processing and marketing, and to strengthen their technical and organizational capacity.”

The publication also highlights the importance of strengthening farmers' organizations, which put farmers in a stronger position to negotiate arrangements with suppliers and buyers and play a critical role in advocacy and policy dialogue.

The publication's key recommendations are aimed at helping to accelerate implementation of the region's national agricultural investment programs under the Comprehensive African Agricultural Development Programme (CAADP).