Africa: Responding to the Humanitarian, Security, and Governance Crisis in the Central African Republic 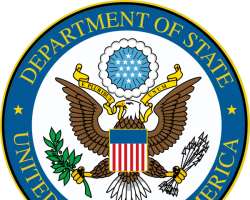 Africa: Responding to the Humanitarian, Security, and Governance Crisis in the Central African Republic
Listen to article

Thank you Chairman Coons, Ranking Member Flake and other members for the opportunity to testify before you today on this urgent matter. I very much appreciate your interest and your raising the profile of this issue. I have submitted a full written testimony to the committee and I would ask that it be entered into the record and I will summarize briefly that testimony here today.

We are deeply concerned by the horrific violence across Central African Republic (CAR), particularly the increasingly sectarian nature of the attacks on civilians, as you described. We are working closely with the international to end the violence and restore security to CAR.

We have publicly condemned Seleka's seizure of power and its campaign of rape, pillage, and killings. We have also warned that individuals responsible for fueling and engaging in violence and human rights violations will be held accountable. Ambassador Power delivered this message directly to Transitional President Djotodia in a telephone conversation on December 7.

On December 5th, the United States cosponsored UN Security Council Resolution 2127 which establishes and arms embargo, a sanctions committee and a panel of experts, a Commission of Inquiry, an increase in the human rights monitoring capacity of the UN Political Office in CAR.

To immediately stem the violence, we strongly supported the UN Security Council's authorization of a one-year Chapter VII mandate for the African Union-led International Stabilization Force in the Central African Republic (MISCA), and for an expanded French troop presence in support of MISCA. We believe MISCA, working closely with French forces, provides the most immediate mechanism for ending the violence. In addition, we believed MISCA's robust stabilization mandate is what is needed now to confront and disarm the armed groups.

To give these forces their best chance of success on the ground, we are providing them equipment, strategic airlift and pre-deployment training.

On November 20, Secretary Kerry announced that the State Department, pending Congressional notification, would provide $40 million in assistance to MISCA troop contributors from existing resources. On December 10, the President delegated authority to Secretary Kerry to direct the drawdown of up to $60 million in defense article and services from existing Department of Defense resources in order to provide immediate military assistance for France, the AU, and countries contributing forces to MISCA. We have already begun utilizing this fund to airlift 850 Burundi troops into CAR in an operation that is scheduled to be completed this week.

Because of the dangerous sectarian tensions in CAR, we have actively reached out to local radio stations and other media to encourage them to transmit messages from Christians and Muslim religious leaders urging peace and reconciliation. President Obama recorded a statement to the people of CAR on December 9 the message has been translated into French and Sango played repeatedly on multiple radio stations throughout CAR. And we've heard from people in CAR that they've appreciated hearing a message from the President.

We are working hard to respond to the most urgent humanitarian needs. In FY 2013, the U.S. provided more than $24 million in humanitarian assistance, with $6.2 million in additional assistance announced in September to assist new CAR refugees in neighboring countries.

Given the grave situation in the Central African Republic, and the need to see the situation first-hand, I hope to travel there very soon. Currently, our special advisor is in CAR.

Senator Coons, Ranking Member Flake, Members of the Committee, let me assure you that we remain deeply engaged at the highest level with the situation in CAR. We are working closely with our international partners to address the crisis and we look forward to keeping you and the Committee informed of our activities. And we look forward to additional support. I am glad to answer any questions you might have and I look forward, again, to briefing you on the situation as we continue to get information.