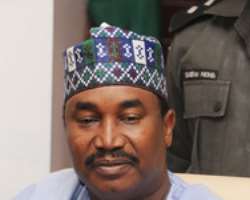 
The Katsina State Government on Thursday said it approved N157.3 million for the renovation of three general hospitals in the state.

A statement by the Commissioner for Health, Alhaji Mannir Talba, in Katsina said that the hospitals were in Baure, Ingawa and Musawa local government areas.

Talba said that the completion period for Baure General Hospital was 18 weeks; Ingawa, 22 and Musawa within 21 weeks.

He also said that the government approved N67.7 million for the construction of staff quarters at the newly constructed Comprehensive Health Centre in Kurfi Local Government Area with completion period of 21 weeks.

The commissioner said that the government also approved N33.9 million for the payment of 2013 medical allowance to its indigenes undergoing clinical courses at various universities.

Talba added that 230 students would benefit from the gesture.