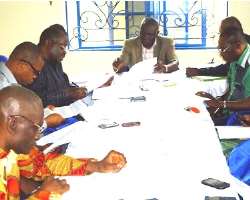 Recently at its monthly operational meeting, Akwa Ibom state power sector stakeholders revealed that the state's allocation from the National Grid is pegged at 55MW.

While addressing the issue, the Senior Special Assistant to the Governor on Power, Dr. Victor Udo said "the allocation from the National Grid is insufficient for Akwa Ibom state's electricity demands thus the need to consider other options for steady power supply"

Dr. Udo said "with a generation capacity of 191MW, Ibom Power Plant is capable of meeting the state's electricity demands"

Meanwhile, vandalization of electricity facilities has continued to undermine efforts of the government to ensure uninterrupted power supply in the state.

"The implication is that even when the government ensures sufficient gas supply, generation and transmission, distribution to the final consumers will be hindered by vandals who tamper with transformers and other electric facilities that have been installed to supply electricity to communities"

Addressing the issue of vandalization, the Senior Special Assistant to the Governor on Power said that his office is "pushing for a legislation to minimize vandalization of electric facilities and theft of Energy"

However, the office of the Senior Special Assistant to the Governor on Power continues to call on residents in communities with power infrastructures to be vigilant and cooperate with authorized electricity officials to safeguard power assets in their communities because when power infrastructures are vandalized the whole community bears the brunt.