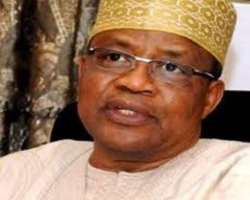 
Former Military President, General Ibrahim Babangida  on Tuesday urged  government  to provide adequate medical infrastructure in a bid to check  medical tourism  by elites at the expense of the nation’s economy.

Babangida said this when the Nigerian Medical Association (NMA) led by its National President, Dr Osahon Enabulele paid him a courtesy call at his Uphill residence in Minna.

He said massive infrastructural provision would also check the exodus of our medical practitioners abroad.

Babangida said such infrastructure would   entice an estimated 30,000 Nigerian doctors outside to return home.

“The only way is for government to provide adequate medical infrastructure at our various levels of healthcare delivery,' he said.

Babangida said that 'our doctors are some of the best brains in the world and also true patriots who are doing their best out of nothing.

“There is nothing they (doctors) can do without adequate facilities and it is not their responsibility but that of government to provide the much needed facilities.

“Sincerely, if we are to address all these lapses in the health sector, government should do more by providing infrastructure for the sector.

“This will surely help to drastically reduce exodus of doctors and discourage people from seeking medical attention outside the shores of the country“, he said.

Earlier, Enabulele who spoke through his first national vice president, Dr Bukar Garma said that members of the national executive committee of the association were in Minna for a week long annual meeting.

He said activities during the week include provision of free medical services to rural people as part of its social responsibility to the society.

He such gesture had been   offered in Lagos, Nassarawa and Sokoto States.

Enabulele said that in Niger state the association is reaching out to people in Kuta, Zungeru and Kateregi towns.