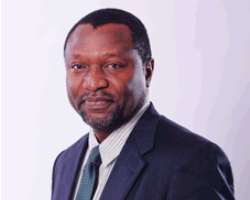 Udoma, SEC and gospel of zero tolerance
By KELECHI MGBOJI
Monday, March 08, 2010
Udoma
As the controversy to get Senator Udoma Udoma out of his role as Chairman of the Board of Securities and Exchange Commission (SEC) thickens by the day, divergent views divided along sectional interest have continued to emerge, bidding fair to weaken resurgent capital market. The market has been struggling for recovery since the new year after it crashed as a result of loss of investor confidence.

But if the statements of the Chairman, Senate Committee on the Capital Market, Senator Ganiyu Solomon, are anything to go by, the matter is as good as closed as Udoma's appointment must be revoked in the weeks or months ahead. The Senator representing one of the federal constituencies of Lagos has vowed that the appointment cannot stand if Udoma sticks to his multiple appointments.

Ganiyu who made his stand known in a telephone interview with Daily Sun insisted that the conflict of interest inherent in Udoma's commitment to companies quoted on the Exchange was unacceptable. According to him, at a time when corporate governance failure has become an issue in the polity necessitating sweeping reforms in the financial markets, Udoma's position smacks of compromise and betrays wrong signal to the investing public.

While serving as SEC board chairman, Senator Udoma was recently elevated on the board of UACN Plc as chairman. He is also sitting on the board of Unilever Plc and Linkage Assurance Plc, all quoted companies on the Nigerian Stock Exchange, an equities market regulated by SEC.

The development has raised grave concerns of stakeholders over questions of conflict of interest and integrity. Capital market operators and other stakeholders argued that as the chairman of the apex regulatory body of the nation's capital market, his position is in conflicts with the tenets of good corporate governance and international best practices.

Matters came a to a head when recently, the Senate Committee on the Capital Market, petitioned to the Minister of State for Finance, Mr. Remi Babalola, calling for the resignation of Udoma.

For the newly appointed director general of the Securities and Exchange Commission (SEC), Ms Arunma Oteh who has reassured capital market community that her priority was to restore investor confidence in the market, it is something of a challenge that the controversy is coming on the heels of her assumption of official duties.

While reacting to questions that bother on integrity at SEC in view of Senator Udoma's multiple appointments, the SEC DG said at a recent briefing in Lagos, that as a matter of policy she has zero tolerance for anything that is improper, vowing to sustain a tough line against infractions and abuses at the market place.

She said: “We (referring to SEC) are what we preach, and we must be a role-model. If you ask my staff what I told them when I met with them recently, which is that I have zero tolerance for anything that is improper.

“I think that we are in privileged position because we have been asked or we applied and we were successful in our role. It could have been anybody. Such a privilege to serve Nigerian people in a role. People that have worked with me know that I have zero tolerance for anything that is improper”, stated Oteh.

It is even more interesting that the controversy is coming up at a time when SEC is anchoring a reform of the market to meet up with international standards and best practices. Granted that Senator Udoma is an appointee of the same government which also appointed Oteh as SEC DG, in which case the DG's hands are tied, the challenge is how can the SEC DG therefore ensure transparency in a case involving the conglomerate?

The Senate Committee has insisted on Udoma's resignation if he wishes to continue to occupy his position as the Chairman of UAC of Nigeria and Vice Chairman of Linkage Assurance Plc, both quoted companies in the Nigerian Stock Exchange (NSE). The petition dated February 5, 2010 and signed by the committee chairman, Senator Ganiyu Solomon, stated there was a conflict of interest in Udoma being chairman, the board of SEC and being on the board of publicly quoted companies.

The letter reads in part: “As the Minister overseeing the capital market and a seasoned banker, you will agree with us that Section 4(1) (a) of the Investments and Securities Act (ISA) of 2007 vests the board of the SEC with enormous powers”. The Committee presented strong arguments as to why Udoma should chose between SEC chairmanship and commitments in quoted companies. Citing elaborate provisions for the functions and powers of the Commission spelt out in Section 13 of ISA, the committee stated that the elimination of room for unregulated relationship is critical to any perception of integrity or ability of the regulator to take actions without fear or favour.

“A cursory look at the functions and powers of the Commission under Section 13 of the ISA and the contemplation of the legislature when enacting the law seems to clearly suggest that the office of the Director-General, chairman, the Commissioners and staff of SEC ought to be free from any relationship that would tie them to any of the companies that they (SEC) regulate. There is therefore definitely and clearly a conflict of interest situation in Senator Udoma chairing the board of SEC and UACN and being on the board of public quoted companies”, the Committee said.

The Committee further stated: “We believe it is for this reason that SEC last year queried the DG of the Nigerian Stock Exchange (NSE) on her continued chairmanship of the board of Transnational Corporation of Nigeria Plc (Transcorp) and at the same time occupying the position of DG and Chief Executive of the NSE”.

In reaction, Udoma explained that his multiple appointments were in compliance with the provisions of International Finance Corporation (IFC) and Investment and Securities Act (ISA) and that it was consistent with the practice in other jurisdictions. According to his explanation, he was on the board of UAC prior to his appointment as SEC board chairman. And that before he took up the appointment, he declared his interest as required by the IFC and ISA and since then he has not accepted any new board appointments in public companies.

But the controversy assumed an intriguing dimension when recently, the Chairman of Committee for the Review of the Nigerian Capital Market Structure, Mr. Adedotun Sulaiman took sides with embattled Udoma. In a press briefing in Lagos, Sulaiman attributed the clamour generated by Udoma's multiple appointments to wrong understanding of the role of SEC vis-Ã -vis public companies.

Sulaiman led 14-member committee set up by SEC in 2008 ostensibly to review the operations of the capital market and make recommendations for reforming and restructuring the market. The committee's report released early last year, recommended sweeping reforms that implied the removal of the heads of both SEC and NSE if only to ensure that the reforms were carried out to the last letter. It was against this background that the erstwhile SEC boss, Mr. Musa Al-Faki resigned few months to the end of his tenure.

“The SEC is to capital market operators, not users of the capital market, what the CBN is to banks, NAICOM is to insurance companies, PENCOM is to PFA's or for that matter, what NAFDAC is to pharmaceutical or food companies. The point of conflict or potential conflict would have been real or valid if Senator Udoma took on the Chairmanship of directorship of an issuing house, a registrar or a stock-broking company while he is the Chairman of SEC” Sulaiman argued.

Reacting to the argument that SEC is not a regulator of quoted companies, Ganiyu wondered whether there could be a Stock Exchange without the companies quoted on it describing the argument as laughable.