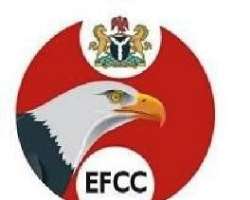 The revelation was part of the statement of one of the prosecution witnesses in the ongoing trial of former Minister of Aviation, Professor Babalola Borishade and three others for forgery and corruption while executing the controversial safe tower project.

At a resumed sitting today, Monday October 12, efforts by counsel to EFCC, Chile Okoroma to tender as exhibit, a letter from Nigeria Airspace Management Agency, NAMA, purportedly written by Nnamdi

Udoh, then General Manager of the organization was vehemently opposed by all the defence counsel.

J. B. Akomolafe, counsel to Borishade said the letter was not part of the original proof of evidence and therefore should be disregarded. Adegboyega Awomolo, counsel to the third accused said the prosecution counsel would need the leave of the court to tender the document as it would amount to ambush trial and so unfair to the accused persons.

However, Chile Okoroma called on one of the witnesses in the case, Oseni Kazeem who made his submission before the court. Kazeem, in his submission, said that in the course of his investigation, he came across a letter allegedly written by one Nnamdi Udoh of the Nigeria Airspace Management Agency to the minister on the need for the Safe Tower Project.

But he said when he presented the letter to Udoh, he denied any knowledge of it. He said he then took the signed letter and a specimen signature from Udoh for handwriting expert analysis which confirmed that the letter did not emanate from NAMA. “I wrote to NAMA to authenticate the document, whether it emanated from NAMA, a report came from there that the report/document did not emanate from there,” he told the court.

In another situation, Kazeem also told the court that in the course of his investigations, he discovered that most of the companies that allegedly tendered for the job to execute the project were fake. For instance, one of the companies Coman Nigeria Limited which Kazeem confirmed was dully registered with Corporate Affairs Commission, CAC, however turned out to be a law firm.

He said he went to make enquires about it at 152 Awolowo Way , Ikeja Lagos “I found out that it was a law chamber. I enquired from the people there if they knew anything about that company, and they said no. Earlier before I left for Lagos to enquire about the company, the Commission received a report from CAC, concerning the company and the status of the company.. The report of CAC was a response to our letter asking about the company, Coman and its directors”.

He continued, “So it was in the report of CAC that I discovered that one Femi Agbabiaka was a director of Coman”. For the Global Aero Enterprise which also allegedly submitted bid for the same Safe Tower Project, he said that in his investigation, he found out that the company was not registered by CAC. “I enquired from CAC and the response of CAC was that Global Aero Enterprises was not a registered company.”

He added, “To find out Global Aero was in existence and if it had bided for Safe Tower Project at any point in time. I tried faxing to the address in Netherland based on the addresses provided but could not succeed. I also saw a phone number on the letter head which I tried calling but it was not going through.”

Kazeem also revealed that an alleged report on the evaluation of the tender bid on the Safe Tower Project as signed by T. A. Dairo, indicated that five companies allegedly bided for the project. The companies were Coman Nigeria, Global Aero Enterprise, Messers Vaalizer, Messers Frequency and Avsatel Communication Limited, Australia and Abuja .

The last three jointly submitted bid according to report in the name of Avsatel Communication Limited. The report also suggested that there was a three man committee that evaluated the bid of the company. The committee, he said, was chaired by Gbenga Obadina, while according to the report Mr. T. A. Dairo allegedly acted as secretary while an engineer from NAMA, Udoh was a member.

However, he said Udoh when interviewed, claimed that he was not aware of the committee and neither did he evaluate the bid. “I interviewed T. A. Dairo concerning the report and he admitted signing it on the instruction of the Honourable Minister, Professor Borishade. He further said that it was only Avsatel that submitted bid and that the other two did not submit any bid.

One Femi Michael represented Coman while Valivs Vinnes signed on behalf of Global Aero, the two people he said were officials of the ministry of Aviation. The presiding judge, Justice Abubakar Umar adjourned the matter till tomorrow for further cross examination.

It would be recalled that Prof. Borishade, Chief Femi Fani-Kayode and Rowland Iyayi were granted bail on July 7, 2008 by Chief Magistrate Kabir Lamido when they were first arraigned.