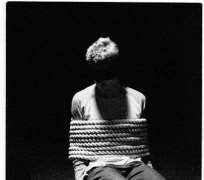 Enugu State Government House has always been associated with acts that suggests cycles of wife hostage, wife sacking and wifeless tenures of governors.

During the era of the charismatic governor Jim Nwobodo, it is well known fact that his first wife never surfaced at government house. The duo had fallen apart and Jim Nwobodo remained wifeless in the Lion Building throughout his tenure, and daughters of eve struggled for his attention. Immediately after he left the Buhari-Idiagbon imprisonment, under the magnanimity of Babangida, he married a former girl friend, Patricia, and they have lived happily after.

His successor on the throne, Christian.C Onoh, Bianca Ojukwu's father never accepted that he had any First Lady. Though his tenure was short, he was man alone and ran his government without any input from his wife, Caroline. The supposed first lady was confined to her Ngwo village .

Chimaraoke Nnamani came back from the United States in 1998 and got elected as governor. His marriage to Nnenna was a sweet affair until he entered into the Lion Building and the way he treated the Iga, Ohafia born mother of two changed. The first feelers that all was not well between the governor and his wife came about a year after his tenure, around early 2000, when the wife complained to people that the office of the First lady is not functional.

According to Nnenna, the governor has refused to release any money for her to run her office. She asked some clerics from both Methodist and Pentecostal Churches to pray out the anomaly. She later accused the governor's chief spiritualist Kate Ene, also known as Ada Nkanu, of collecting all the money meant for the governor's kitchen and assigning her daughter as the governor's chef and executive maid while she is abandoned in the Lion Building to watch DSTV.

Soon the issue degenerated to the extent that she does not attend functions without the strict permission of the governor. She at times moves about with bruised faces and people rumored that she might have been manhandled.

Days, weeks and months brought the relationship between the duos to a standstill that she was partially restricted from moving about except for some shopping. The Lion Building became her boring confinement. Nnenna Nnamani's resort to pastors for help further infuriated the deteriorating situation that she was at a time barred from spiritual activities and fellowship prayers she manages to attend.

When the German Evangelist, Reinhard Bonnke visited Enugu State for crusade at Okpara Square, Nnenna Nnamani, so excited at the visit of the Evangelist, was barred by the governor from attending the 3-day crusade. She had to watch the crusade from the windows of her wing overlooking Okpara Square and participated in all the prayers from her window. Nnenna openly told pastor, priests and family members that the governor's sisters, Chinero Nwigwe and Ngozi Ugwu are inciting the governor against her and planning to marry another wife for him.

Months after the Reinhard Bonnke Crusades, real problems started for Nnenna. She was sent packing to the United States and another woman, a young girl of about twenty, replaced her. The new wife, beautiful Nkemdirim Ene, daughter of the governor's chief spiritualist, Kate Eneh, became the First Lady until Chimaraoke handed over to Chime in 2007. When it was obvious that Sullivan had refused to submit to the 'Ebeano Family', the Governor's campaign structure, an act they termed as betrayal, an enraged Chimaraoke sacked the second wife because her mother couldn't divine spiritually that Sullivan will be a bad investment

Sullivan Chime became governor without wife in 2007, the first wife having walked out of the marriage. He desperately wanted a First Lady and her efforts to draft Clara Chime's elder sister, Bridget also known as Ngozi as wife failed. Bridget told the governor that with the recent death of the husband and the accusations from the husband family, it is inappropriate to marry him so soon. The governor then turned attention to the younger sister.

This marriage to Clara Chime, young, beautiful and ebullient, seemed rosy and lots of irresponsible girls in the city wished they were in Clara's shoes. Hundreds of millions of naira was spent especially on the traditional wedding and people hoped that playboy will settle down.

The love between the governor and the wife started fading gradually especially after she was accused of sponsoring some women to confront the all powerful Chief of Staff, Ifeoma Nwobodo, over allegations of husband snatching, at a PDP function, shortly before the 2011 elections. According to sources, the lady Chief of Staff swore to teach Clara a lesson and ensure that she is eventually bundled out of government house. The governor has more regard for the Lady Chief of staff who helps her in running the state than the First Lady and anyone who challenges her is in trouble, and Clara realized too late that her husband has lost interest in her. Some persons reported that there was a little merry making in the Chief of Staff's house after Clara was finally sent packing from Enugu Government House some days ago.

It is a publicized fact that Clara was held hostage at government house Enugu, and security officials were under orders not to let her leave her wings under any circumstances. Those security aides sympathetic to her were changed to less friendly ones until she cried out for help.

Curiously the ex-governor Nnamani and wife seems to be living happily in the US before they moved to Lion building and strangers tore their marriage apart. Sullivan and Clara family had known for quite a while, especially the elder sister, whom the governor actually wanted to marry. The early years of their marriage was sweet and the Isuochi born first lady was enjoying marital bliss until strangers tore the marriage apart. Part of those strangers includes unholy affairs between the governor and Clara's family members and pressures from strange women seeking the governor"s attention .

It is most likely again that the next governor of the state will have problem with the wife midway and the woman may be held hostage, ignored, disenfranchised and ultimately sacked. This is the cycle operating in Government House ,Enugu and it always constitutes a distraction to the effective governance of the once Biafra Headquarters, Igbo Nation headquarters and Headquarters of Eastern Region.

Blaming Governor Chimaraoke Nnamani, Sullivan Chime or whosoever for whatever transpired between them and their spouses is unfair. As stated in the first part of the piece"Enugu Govt House and the Cycle of Madness",two evil spirits operate in that Lion Building, madness and wife sacking and any governor who steps into that place is preyed by this force until they succumb.

The next governor who steps into that place must tackle this nuisance and break the cycle of wife hostage, wife sacking, wifeless tenure, madness and hallucinatory conditions so that they do not constitute a distraction to the business of governance.