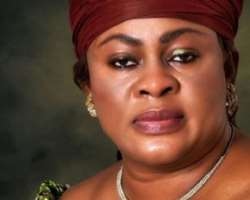 
The investigations by the House of Representatives  into the controversial N255m bulletproof cars purchased by the Nigerian Civil Aviation Authority are beginning to open up more fraudulent deals.

More cans of worms were opened on Wednesday as the Nigeria Custom Service,   Coscharis Motors and First Bank Nigeria Plc took turn to explain their roles in the purchase of the controversial vehicles at the public hearing organized by the House's aviation committee, which is probing into the matter.

To the shock of participants at the hearing,   it was discovered that there were  differences in the chassis numbers of the cars inspected by the committee members and those in the transaction documents between the NCAA and Coscharis.

Besides, it also came out   that the  Federal Ministry of Finance and the National Security Adviser were made   to believe that the  two vehicles  were for   the 18th  National Sports Festival (Eko Games 2012) hosted by Lagos State.

According to NCS, which was represented by the Deputy Comptroller-General (Modernisation and Economic Relations), Mr. Manasa Jatau, no duty was paid on the cars because Coscharis obtained a duty exemption certificate from  the Federal Ministry of Finance.

The Customs said the government lost N10.1m  due to the waiver, which covered 300 vehicles, including the two  controversial bulletproof  cars.

Jatau, who testified before the panel, disclosed that the Ministry of Finance granted the waiver after Coscharis wrote that it wanted  to import 300 assorted vehicles for the EKO Games.

He added that the 'end beneficiary' of the cars, including the two bulletproof  vehicles  was the Lagos State Government.

However, he hinted that  the waiver was later used as a cover to import the bulletproof cars to evade the payment of import duty.

He revealed that there was also a third bulletproof car imported by Coscharis.

The Customs chief who did not name the owner of the third bulletproof car, added  that the office of the NSA  issued a security clearance for the two bought for Oduah.

Asked whether a waiver granted for a specific purpose, could be transferred to a different end-user, he replied, 'To the best of my knowledge, end-user certificate is not transferable.'

The DCG   said, 'N10.1m was the duty payable on the 300 vehicles; but no duty was paid because there was an import exemption certificate issued by the Federal Ministry of Finance.

'The waiver was for a period of one year.
'The waiver showed there were 300 vehicles for the sports festival, hosted from November to December, 2012.

'Only three of the vehicles were bulletproof and the NSA gave security certificate for their clearance.'

Coscharis Motors was represented at the hearing by its Chairman, Mr. Cosmos Maduka, and the Managing Director, Mr. Josiah Samuel.

The company admitted that it got a waiver to import vehicles for the games, saying that 'it is the usual practice for government to approach us to supply vehicles for major events.'

The committee however accused the company of conniving with  the NCAA to inflate the cost of the cars. But Coscharis denied the accusation.

On the price of the cars, Samuel claimed that the BMWs were '7 Series, B7' security cars, which were costlier than their equivalent quoted by 'independent amourers' on the Internet.

He argued that the cars in question had factory-fitted armour, as against buying a plain car before taking it to an independent firm to rebuild.

The Managing Director  stated that the factory price for the grade of BMW cars it supplied   the NCAA was â‚¬418,000, excluding  other charges.

On how the company gets and utilises duty waivers, Josiah said most times, the waivers would come too close to the date of the event they were meant to cover.

But, his response angered   Manwe, who accused Coscharis of committing 'fraud.'

Manwe said a quotation he received  from an American firm showed that the same car sold for N42m.

He  said,  'We are not fools; you have been taking us for a ride.

'You imported the cars without paying duty, why are you selling one for over N127m?  Are your own bulletproof cars manufactured in the moon.

'You got a waiver to import cars for the National  Sports Festival, but you ended up using it to import bulletproof cars for  the NCAA.

'You have been lying to us. You ripped off the people of Nigeria through the NCAA.

'That is the summary of what is before us here, so what are you saying?'

But, Maduka protested, saying his company did a legitimate transaction.

He said the whole scandal was 'politically-motivated' for reasons he could not explain.

Maduka added,  'We followed all the processes required.  We sold vehicles to the NCAA and First Bank financed it.

'We were interviewed by the SSS(State Security Service), the NSA; we didn't do any wrong.'

However another twist was added to the scandal when the Aviation Committee's Sub-Committee on Inspection, reported that the armoured cars Coscharis supplied were different from the ones quoted in its letter to the NSA.

The committee, which had visited the Nnamdi Azikiwe Airport on Tuesday to inspect the cars, said it  discovered that the chassis numbers were different from the ones quoted in the transaction documents.

He told the hearing,  'We sighted the cars at the airport yesterday (Tuesday).

'The chassis numbers do not correspond with what you said you supplied. It looks like Nigeria was shortchanged here again', he stated.

However, Maduka disagreed and insisted that a member of his staff ought to have accompanied the team to the airport to ascertain the  cars they inspected.

The discrepancy in the chassis numbers was left unresolved.

First Bank which  was the  financier of the transaction,   confirmed that it entered into a loan agreement, 'not lease agreement' with the NCAA.

The head of the bank's Lagos Mainland branch, which handled the transaction, Mr. Seyi Ojefeso, recalled how the NCAA approached the bank for a loan to purchase vehicles for its management staff.

Ojefeso claimed that it was possible that the NCAA 'got it mixed up' when it  described it as a lease agreement.

He explained that the NCAA applied for a total loan package of N643m to finance the purchase of  54 vehicles.

For the bulletproof cars, he said there was a Coscharis proforma invoice attached to the application in the value of N255m.

He added, 'We offered an auto loan to the NCAA in May to purchase cars for its management staff.

The committee observed that the original request of the NCAA to the Minister of Aviation  was N564m, but First Bank eventually approved a loan of N643.

When asked to explain how the difference came about, Ojefeso said only the NCAA could answer the question since N564m was not in the agency's communication with the bank.

The Senate Committee on Aviation  also said  that four of the   202  'operational'  cars   bought by the Federal Airports Authority of Nigeria for its top officials are armoured vehicles.

It added    in Abuja on Wednesday, that  two of the armoured vehicles were for the Minister of Aviation, Ms Stella Oduah and two for the Managing Director of FAAN,  Mr. George Uriesi.

'FAAN did confirm that among the operational  vehicles they purchased, four of them are armoured vehicles, two for the Managing Director  and two for the minister,' the committee Chairman, Senator Hope Uzodinma, told journalists on the sidelines of the investigation  into the crises in the aviation industry.

Uriesi had while appearing before the panel on Tuesday  said  the  operational  vehicles included two Lexus limousines   and two Toyota  Prado jeeps.

But the  FAAN chief did not state who the armoured vehicles were bought for. He   said the limousines were bought  for  N60m each and not  N70m being insinuated.

Uriesi, who   said  he did not have details of the cost of the Prado jeeps, also claimed that the  vehicles were still in the custody of the bankers wthat  funded their  purchase.

He  also  did not give the names of the     persons / company(ies)  that ordered the vehicles  and those they were meant for.

But   Uzodinma  told  journalists on Wednesday that   Uriesi  had confirmed on oath that FAAN   bought operational vehicles.

He said, 'Investigation is still on-going and it will not be fair for me to preempt the outcome.

'We told them to go back and put everything in writing and make  comprehensive statements on all vehicles purchased. Until they come back on Monday, we cannot rush into conclusion.

'The MD FAAN said they did a funding arrangement with a commercial bank.This investigation will be a very deep one so that at the end of the day, we do a holistic approach and look at how the sector will be repositioned so that all anomalies will be corrected.'

The Director-General of the Nigeria Metereological  Agency,  Mr. Anthony Anuforom;  and his counterpart in the Accident and Investigations Bureau, Captain Muhtar Usman, told the committee that  they  were not involved in the purchase of armoured vehicles.

The Uzodinma-led  committee will also  inspect theN255m bulletproof cars bought for Oduah by the  NCAA before the end of the week.

Meanwhile, the embattled minister Ms Stella Oduah once again failed to honour an invitation earlier extended to her by the committee.

Her absence however  led to  a near  disagreement between the Committee Chairman, Mrs. Nkiruka Onyejeocha, and a member, Jerry Manwe.

Manwe had complained that the committee started proceedings without first clarifying why Oduah, who is the Minister of Aviation,  was absent.

He said, 'We adjourned  (on Tuesday)to take the minister today (Wednesday). Why is she not here?

'She should have been the main issue today (Wednesday).

'The  absence of the minister (Oduah) is a slap on the face of the House.'

Responding, Onyejeocha argued that the hearing was not about Oduah alone.

She overruled Manwe and moved on to  hear  the officials of the  Nigerian Customs Service, Coscharis and First Bank Nigeria Plc  state their roles in the purchase of the cars for Oduah by the NCAA.

The committee chairman  later read  a   letter from the Ministry of Aviation  in whicn the  minister explained why  she   could not make   the public sitting.

Onyejeocha   told her colleagues that the Aviation ministry wrote to inform the committee that Oduah was on 'transit' from Israel to Nigeria.

In the letter,  the minister, who had allegedly failed to honour 12 invitations by the House,  claimed that she would arrive in Lagos late on Wednesday and  applied to appear  before the committee on November 4.

, Onyejeocha however   directed that the minister   must appear on Thursday (today).

She  said, 'If she fails again, we take it that she does not want to appear. We are saying this in the spirit of fair hearing.

'Thursday (today)  is  sacrosanct and we will turn in our report whether she comes or not.'

The  committee had on Monday  issued a statement in which it insisted that  the minister must appear before it on Wednesday.

It warned that it would not hesitate to take necessary actions against her if she  failed to turn up on Wednesday.