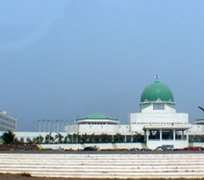 
Hopes for an early passage of the 2014 national budget came under threat on Tuesday as the Senate suspended debate on the Medium Term Expenditure Framework (MTEF) and Fiscal Strategy Policy (FSP) sent to the lawmakers by President Goodluck Jonathan on September 17.

The suspension of the debate on the document yesterday marked the third time it would suffer that fate having been listed on the Order Paper before its abrupt suspension till another legislative day.

The implication of the series of delays will be the late presentation of the 2014 Appropriation Bill.

The MTEF and FSP usually provide the basis for annual budget planning and consist of a macro-economic framework that indicates fiscal targets. The document also estimates revenues and expenditure including government financial obligations in the medium term.

Details of legislation on the document, which must be returned to the executive, are expected to shape the focus of 2014 budget. But since no resolution has been reached by parliament on the document till date, the hope of quick presentation of the 2014 budget remains  far-fetched.

The document was first slated for debate on September 24, but Senate Leader, Senator Victor Ndoma-Egba, who was billed to lead debate on it requested that the debate be deferred till the next legislative day to enable him come up with a meaningful presentation, explaining that being a lawyer, he was not a 'finance person' and, therefore, required another 24 hours.

This explanation compelled the Senate to adopt a resolution deferring the debate till the following day (September 25). Indeed, Ndoma-Egba presented the lead debate that day but progress was stalled following an observation by the Minority Leader, Senator George Akume, that the document was flawed because the Ministry of Finance allegedly failed to consult relevant stakeholders as required by procedures before preparing it.

This resulted in the adoption of a resolution mandating committees on finance and appropriation to scrutinise the document and report its findings to the parliament within two weeks. But despite the fact that the Senate proceeded on recess on September 25 and resumed on October 8 only to proceed on another two weeks of Sallah break same day, the committee failed to make its report available for deliberation yesterday, thus resulting in another decision to defer consideration of the document to October 31.

The development, it was gathered, had been viewed as a major setback to the unprecedented record set last year by both the executive and the legislature in the early passage of the appropriation Bill. While the president presented the budget in October 2012, the National Assembly passed it on December 20.

However, given the ding dong accompanying the process of approving MTEF and FSP now, it is not certain if the budget would be presented in November, which thus rules out the possibility of building on the feat recorded last year by passing the budget ahead of the next fiscal year.

But the Senate had been swift to urge the general public not to put the blame of late passage of the MTEF and FSP at its doorstep, claiming that the executive should rather be blamed for not observing provisions of the Fiscal Responsibility Acts which it said stipulate that presentation of the document should be done four months ahead of the next fiscal year.

But the poser raised by this insinuation creates the impression that the chamber is only trying to cover up its shortcomings as National Assembly is always on recess in August, the month which marks four months to the end of the year as prescribed by the Act.