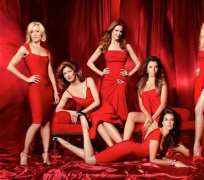 The movie is To be filmed in Nigeria, the series will be jointly produced by Mo' Abudu's EbonyLife TV and Disney.

The cast for the Nigerian series which will be filmed on location in Lagos, will include actors from across Africa, and producers say production will follow the format and storylines of the original US version, but with a Nigerian flavour.