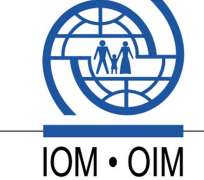 GENEVA, Switzerland, October 16, 2013/African Press Organization (APO)/ -- IOM Director General William Lacy Swing today called for urgent action and intensified cooperation in the wake of the latest boat tragedy near the islands of Malta and Lampedusa, where 21 people lost their lives at the weekend. At least other 200 people are still missing.

“I am again profoundly shaken by the deaths of migrants and asylum seekers trying to reach the shores of Europe,” said Mr. Swing. “I offer my condolences to the families of the victims and call for urgent measures to ensure that these tragedies become a thing of the past.”

Mr. Swing lauded the work of everyone involved in rescuing the migrants and helping the survivors. Yet despite the courageous efforts of hundreds of rescuers, tens of thousands of migrants have drowned in the Mediterranean over the last 15 years. In addition to the migrants who died this weekend, at least 364 people drowned last Friday off the coast of Lampedusa.

The Director General welcomed UNHCR's call for urgent steps to be taken to prevent these tragedies from happening, and called on all actors to address the situation of migrants attempting life-threatening journeys, which in addition to refugees and asylum seekers, also comprise diverse groups of people such as those migrating to seek employment and those who may be particularly vulnerable, including victims of trafficking and unaccompanied minors.

"The priority right now is to save lives" Mr. Swing said. IOM believes that authorities must ensure that any people travelling in unsafe conditions are rescued and receive adequate humanitarian assistance, and that traffickers taking advantage of desperate individuals are prosecuted.

“On the basis of its Migration Crisis Operational Framework, its in-depth understanding of mobility, and its hands-on experience in places of origin, transit and destination, IOM urges the international community to develop a more comprehensive approach to protect migrants and uphold human dignity,” said Mr. Swing.

IOM calls for a comprehensive approach to migration management with the understanding that no one action is enough to address the root causes and daily realities driving these life-threatening journeys to Europe. In this regard, IOM proposes concrete actions to be taken to help both migrants and countries at each point on the migratory route (at origin, transit and destination.)

It supports increased dialogue and cooperation with the EU and among countries in the southern Mediterranean, countries of transit and origin, to improve preparedness and national responses for the protection of all migrants, irrespective of their legal status. In this regard, Mr. Swing proposed the organization of high level consultations to bring together all concerned actors and partners along the Mediterranean routes to Europe.

In countries of transit, IOM is ready to support more efforts to sustain the capacity of authorities to manage migration flows. Such efforts that should not be limited to border control, but should extend to other concrete actions, such as resettlement programs to EU countries to protect the most vulnerable.

It advocates for an increase in activities – such as targeted information campaigns and the establishment of migrant resource centers – to raise awareness among potential migrants of the dangers of trafficking and smuggling. Cooperation to crack down on traffickers and smugglers also needs to be stepped up.

IOM also strongly supports the recent call of European Parliament President Martin Schulz for the enhancement of legal avenues for migration for migrants seeking better prospects in Europe, which also constitutes a pragmatic measure against trafficking and smuggling in human beings.

In EU countries where migrants are arriving by sea, such as Italy, Malta, Greece and Spain, IOM calls for the de-criminalisation of migrant arrivals and the elimination of sanctions on sea captains who intervene to help boats in distress. IOM also backs increased support to local communities who receive and help migrants arriving by sea.

IOM calls for the reinforcement of the existing referral framework in Italy - the “Praesidium” - where IOM works closely with UNHCR, Save the Children and the Italian Red Cross to provide a protection-based reception system for asylum seekers, other migrants and vulnerable persons arriving by sea in irregular, mixed migratory flows to southern Italy. IOM encourages the expansion of this excellent model to each of the primary receiving countries in the southern Mediterranean.

“IOM hopes that the deserved attention and calls to immediate action in Italy translate into wider engagement in the whole Mediterranean region and in the rest of Europe,” Mr. Swing said. “Renewed dialogue and cooperation should be underpinned by a shift in public discourse on migration, recognizing that migration is a process to be managed and not a problem to be solved.”