Why Adamawa guest house in Abuja was sealed, by FCTA 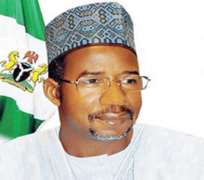 
The Federal Capital Territory Administration (FCTA), Saturday, said it sealed the Adamawa Guest House located in Maitama, Abuja, which was usual meeting venue for the New Peoples Democratic Party (NPDP) because it was illegally converted to an office rather than for its original residential/lodging purposes.

It said the Development Control Department of the FCT Administration, concerned by increasing cases of land use contraventions in the territory, took an action by identifying buildings that were involved in the illegal acts.

'As is the usual practice, such buildings were immediately put on notice and those that could not comply were duly sealed off,' said Nosike Ogbuenyi, the special assistant to the FCT Minister, Senator Bala Mohammed.

According to him, the exercise was not targeted at any person or group of persons.

He said: 'As is the usual practice, such buildings were immediately put on notice and those that could not comply were duly sealed off.

'The exercise is an ongoing one, as the Administration remains committed to the development of Abuja in compliance with the rule of law including the provision of Abuja Master Plan.

'The exercise is not targeted at any person or group of persons. Rather it is in the collective interest of Nigeria to keep to the letters and spirits of the vision of the founding fathers of Abuja as a planned and orderly Federal Capital. For this reason, nobody is above the law.

'Following repeated inquiries from journalists concerning a particular building affected by the exercise (the Adamawa Guest House, Maitama), I wish to clarify that it is one of the buildings affected because it was illegally converted to office use rather than residential/lodging.

'The FCT administration wishes to assure all residents of FCT that it will continue to do its best to encourage development of the city in all sectors in accordance with the law.

'All developers are advised to ensure that they obtain all necessary approvals from the Development control Department and other relevant departments before erecting physical structures are altering existing ones or their purposes.'