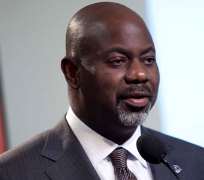 
GOVERNORS of the South East and South South geopolitical zones want an immediate end to the protracted strike by university lecturers.

In this regard, they called on the leadership of the Academic Staff Union of Universities (ASUU) and all others to be sensitive to the plight of university students and call off the three months old strike that has crippled studies in the universities.

They also expressed concern over the security challenges facing the country and urged  continued dialogue at resolving national issues and management of the security situation in the country. They commended the Federal Government for the massive reduction in crude oil theft.

Addressing the media , Imoke stated that the meeting 'deliberated over issues affecting the zone and the nation in general'.

The governors, he stated, 'resolved to continue to strengthen economic ties between our states and to continue to pursue the development of the zones as well as prosecute the various infrastructure projects.'