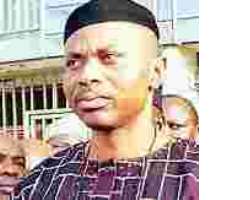 The trend of disarmament in the Nigeria oil rich zones is not just limited to Delta, Rivers and other south-south states of Nigeria, militants who are operating in the oil producing communities of Ondo State have also met the amnesty deadline by handing over sixty-one guns and five locally made artillery.

It was gathered that about 50 militants shot sporadically into the air to herald their arrival at the venue of the reception at Ugbo, Ilaje Local Government Area of the state. They arrived in a convoy of six speed boats and chanted war songs before alighting. They were received by government representatives led by the chief of staff to the Ondo State Governor, Mr. Kola Ademujimi, and the information commissioner, Hon. Ranti Akerele.

Parts of the arsenal of arms submitted by the militants were 33 dane guns. The leader of the Joghoro Camp in Ugbo Kingdom, Mafimisebi Otello, said they did not surrender the ammunitions out of cowardice. He said his group agreed to lay down the arms because of they noticed some sense of sincerity and conviction in President Umaru Musa Yar'Adua's steps which is geared at development the Niger Delta's region.

Mafimisebi Otello the group leader charged the President to fulfil all his promises, “most especially about empowering repentant Niger Delta freedom fighters. The empowerment of the Niger Delta youth would go a long way in preventing them from taking up arms against government. We want to assure your excellency that it is out of our sincere hearts that we lay down all our arms and ammunition,” he affirmed.

Reacting to this commendable initiative of the militant Mr. Ademujimi, commended the militants for surrendering their arms, and promised that the administration of Governor Olusegun Mimiko would join hands with the federal government to make sure that their age long agitations are actualized within the shortest possible period. He equally added that the government in its people oriented programme would encourage oil companies to establish their branches in the oil producing communities of the state and engage in development projects.