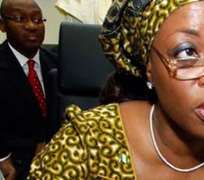 
Nigeria's crude oil is being stolen on an industrial scale, a report released last week by Chatham House, a UK-based policy think-tank, has shown.

In the report, Chatham House said the country lost at least 100,000 barrels of oil per day (b/d), about five per cent of Nigeria's total output in the first quarter of 2013, to theft from its onshore and swamp operations alone.

This disclosure came as the Federal Government noted last week that the country might witness a downturn in crude oil export by 2014. The revelation was contained in the Medium Term Expenditure Framework (MTEF) and Fiscal Strategy Paper (FSP) submitted to the National Assembly by President Goodluck Jonathan.

The Chatham House report said, 'Some of what is stolen is exported. Proceeds are laundered through world financial centres and used to buy assets in and outside Nigeria, polluting markets and financial institutions overseas, and creating reputational, political and legal hazards. It could also compromise parts of the legitimate oil business.'

It added that officials outside Nigeria were aware that the problem existed, and occasionally showed some interest at high policy levels, 'but Nigeria’s trade and diplomatic partners have taken no real action, and no stakeholder group inside the country has a record of sustained and serious engagement with the issue.'

'It is not clear how much of Nigeria's oil is stolen and exported. The best available data suggest that an average of 100,000 b/d vanished form onshore, swamp and shallow-water areas in the first quarter of 2013.

'This figure does not include what may happen at export terminals. It also assumes the integrity of industry numbers. But whatever the size of the problem, stolen Nigerian oil represents a tiny fraction of global crude supply and consumption, and a diminishing share of rising light sweet crude production globally.

'Global supply exceeded 86.1 million b/d in 2012, while global consumption topped 89 million b/d. Even assuming Nigeria lost 250,000 b/d to theft, this would represent less than 0.003 per cent of global supply,' Chatham House said in the report.

The think-tank goes on to add that Nigeria’s dynamic, overcrowded political economy drives competition for looted resources, stating, 'Poor governance has encouraged violent opportunism around oil and opened doors for organised crime. 'Because Nigeria is the world’s 13th largest oil producer - exports often topped two million barrels per day in 2012 - high rents are up for grabs.'

The theft, the report shows, is perpetuated by mainly Nigerians and is aided and abetted by foreigners from Russia, the Philippines, Ghana, Georgia, Romania, Greece, Ukraine and Cameroun. The report recommended the following four first steps for building a cross-border campaign against Nigerian oil theft:

•Nigeria and its prospective partners should prioritise the gathering, analysis and sharing of intelligence. •Nigeria should consider taking other steps to build the confidence of partners. •Other countries should begin cleaning up parts of the trade they know are being conducted within their borders.

•Nigeria should articulate its own multi-point, multi-partner strategy for addressing oil theft.

Chatham House however stated that oil theft also seemed to be a relatively small phenomenon worldwide, and as such, the global picture did not strengthen the case for action in Nigeria.

'Significant theft from oil pipelines has been seen in five other countries. Of these, Russia seems to be the only one with problems of Nigeria's scale. Moreover, very little of the oil stolen in these countries reaches international markets. There are also no clear signs that export oil theft is rising globally.

'Occupation-era Iraq had a significant theft problem, with reports of high-level stealing at terminals in the southern port of Basra. However, Iraqi oil-sector experts think levels have since dropped. Recent evidence suggests some Russian oil thieves may be smuggling illegally bunkered crude from the Caspian Shelf in and out of Dagestan.

'Rumours have circulated for decades about organised oil theft in other countries, from Saudi Arabia and Angola to Sudan, but these have yet to be backed by evidence.

'Other minor incidences of theft have been reported in China, Malaysia and India. But there is little evidence that oil thieves working in the different countries cooperate,' the report stated.

Chatham House warned, however, that a lack of action will come at a cost to Nigeria, and ultimately to some of the country's foreign partners.

'Stolen oil from Nigeria is washing up in the legal system and blurring the lines between licit and illicit business. Unless industry stakeholders and officials in their home governments see a need to take some action on the problem, it is likely to get worse.

'This, in turn, will increase the risks of doing some forms of business in Nigeria. 'Ultimately, without better knowledge of how the stolen oil trade works, not every government can ignore it with confidence. Foreign officials need to know more about how Nigerian oil theft affects security and the integrity of financial markets and the legitimate oil business.

'At the same time, Nigeria must take the lead in combating oil theft from within its own borders,' it said.

Meanwhile, the Federal Government said a worsening global economic crisis, especially in the emerging market economies come 2014, will have adverse effects on the Nigerian economy, resulting in a reduction in the demand for crude oil and other commodity exports.

According to the MTEF and FSP document, the trend will have negative effects on foreign exchange earnings because it will put pressure on exchange rate and consequently increase budget deficit as well as government debt. Thisday