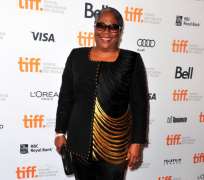 Onyeka was appointed to take charge of the National Centre for Women Development, Abuja as the Executive Director/Chief Executive Officer.

She has since resumed duties as her appointment took effect September 13, 2013.

Onyeka was born on May 17, 1961 in Onitsha, Anambra State. She was formerly the Chairperson of the Imo State Council for Arts.

Actress Rita Dominic In The Street Of New York

Is Nollywood Actor Mcsmith Ochendo Getting Married To Two Women?