WHEN WILL EKWE AWARDS HOLD? 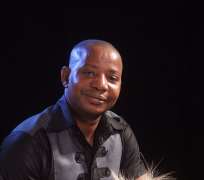 When will the All Igbo Music Awards popularly known as Ekwe Awards hold? When will the singers of Igbo songs be garlanded? When will the Igbo people gather to celebrate their own? These questions have been running not in my mind.

We have been endlessly waiting for this great event but it has refused to hold. Why? What went wrong? I decided to contact the originator of the idea. Ugo Stevenson. The highlife artiste said they were still preparing for the day of honour.

Honestly, Stevenson's response wasn't satisfying. There are challenges, I observed. Challenges of finance and sponsorship, hence the delay. But why would such wonderful idea face such challenge? Is it not said that ideas rule the world?

The idea of celebrating makers of Igbo music is worth commending. Stevenson deserves accolades. At a time many are calling for the preservation and promotion of the Igbo language, the Ekwe Awards is apt. It will become the most effective means of encouraging the Igbo people to hold unto the language. It is improper to ask one to do more when he is not regarded and appreciated for the one he has already done.

This is the reason the Ekwe Awards is essential in sustaining and promoting the Igbo language, arts and culture. The idea is novel. To my knowledge, such event where only makers of Igbo music are honoured has never held in the South East or any other Igbo community in Diaspora. There have been campaigns for the promotion of lgbo language in the Igbo land such as the Qdenigbo being championed by the Archbishop of Owerri Ecclesiastical Province, Most Rev. Anthony Obinna. But no one has been targeted at rewarding musicians who had taken the pain to sing in Igbo language. This is why the Ekwe Awards is entirely different and should be embraced.

The doomsayer had predicted that the Igbo Language will go extinct in 2025. Some are awaiting the doomsday. The day no one will speak the Igbo some others have equally been making efforts to ensure the doomsday does not come. They have encouraged and enjoined people to speak Igbo Language, advising parents to breed their children with Igbo Language.

The governor of Imo State, Owelle Rochas Okorocha is one of those making efforts to save the Igbo Language. The governor had last year banned traditional rulers from speaking any language other than Igbo. But how well has the ban fared? Funny enough, when most of the monarchs want to speak, they will first inform their audience that the governor has banned them from speaking English Language. In other words, they would have preferred English language if not for the ban.

The natural rulers have been managing to speak Igbo Language. But should the language go extinct, the efforts of the royal fathers and the governor would have been in vain. But that of Stevenson will not be in vain. Even if no one speaks Igbo Language, at least the Igbo music will be there to continue to speak the language and even teach it. As long as the producer continues to reproduce the music in disks, the music will live on. This is why Stevenson's effort is the greatest of all.

I had expected the South East government to buy into this Stevenson's idea. It takes one man to conceive an idea but more than one to actualize the idea. Today, the Calabar Carnival is an international brand yielding much revenue to the Cross Rivers State government. The idea of holding the carnival might have come from one person. But today, the entire state takes the glory for being the destination of culture and tourism in the country.

The south east governors should support the Ekwe Awards to hold. The event was billed to hold last year but it couldn't. I have heard of the plaque endorsement of Ekwe Awards by some personalities in Ebonyi State in the likes of Hon. Elizabeth Oshianu JP, Dr. Mrs Bena Nwuzor, Anthony Ibeogu JP,

Chief Mrs Franca Chinyere Okpo, Hon. Sylvester Ogbaga, Senator Igwe Nwagu and Rt. Hon. Omo Christopher Isu, their support is worth our commendation, south east governors and well to do Igbo sons and daughters should see it as a responsibility to rescue Igbo language, Arts and Culture through Ekwe Awards, in like manner multinationals and corporate institutions mostly our entertainment friendly telecommunication Companies should key into the Ekwe Awards to win the heart and patronage of Igbos, artistes and patrons of Igbo music culture.

I understand some south east state ministries of Arts and Culture are currently visiting schools in their various states as part of efforts in making sure that pupils and students are allowed to speak Igbo Language. It should also go a step further by facilitating the celebration of the makers of Igbo music. This it could do by attracting sponsors.

If the Ekwe Awards holds, south east governors and culture conscious Igbos would have set a pace in the promotion of the Igbo Language, arts and culture in all Igbo communities.

But if the event fails to hold, history will equally record all lovers of Igbo music culture as those who failed to take advantage of an opportunity to save the Igbo Language.

There is something I have noticed about the Igbo race. Many of the people prefer to assist others than their own. They prefer to enthrone a King in another land. The axiom that charity begins at home does not apply for many Igbo people as regards rendering assistance, this should not be so we must learn to pride our heritage.

Ugo Stevenson seems different from many other Igbo people. The award-winning musician has been seen celebrating members of the entertainment industry. Stevenson facilitated the celebration and conferment of honour on arts ambassadors, legends and patrons by the Imo State Based Artistes (ISBA) in 2012. He also engineered the celebration of Bongo Music Award 2010. This is a fine example of charity beginning at home.

Stevenson loves honouring people. He was honoured in 2008 as the Best Highlife Artiste during the Nigeria Music Awards (NMA). He has also won some other awards. However, I look forward to the day he will be celebrated by the Igbos and even internationally for his contributions towards the growth of entertainment, mostly Igbo Arts and Culture. I am also eagerly waiting for the Ekwe Awards.