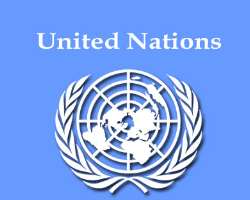 African Cultural and Fundamental Rights Council (AFCRC) USA calls on President Obama, the Congress and people of the United States of America, the international community, specifically United Nations (UN) to be cautious and meticulous in dealing with the allegations of the use of chemical weapons by the Assad regime in Syria. America and the world should be mindful so as not to repeating the mess caused by faulty and frivolous, completely baseless intelligence and illegal attacks on Iraq during the George W. Bush era. Obviously, that ghost has continue to hunt America and the world.

Although AFCRC believes any government which attempts or commits genocide and other crimes against humanity, including the use of chemical or biological weapons against its own people lost not only its right to protect the people as mandated under the United Nations norm: States Responsibility to Protect (R2P) against genocide, etc., but also lost its claim to the nonintervention rules of international law. We call for the truth about who used these weapons in Syria to justify the international community's Responsibility to Protect, where the state has failed as in Syria's situation.

No group, whether rebels or otherwise reserves the right or prerogative to use these weapon against a government and people. Rebels and government or individuals found to be involved in the use of such weapons must be held accountable. Such accountability should come only after a thorough investigation, analysis, tests of different shades that would allay doubts have been carried out to know the true and undeniable source (s) of use.

So far it's obvious based on the stories, claims and count-claims and images from Syria that chemical weapons have been used repeatedly. While the government of Syria is claiming rebels are responsible for the use of these weapons the rebels and reported independent sources including American intelligence are saying it's the government's action.

America has come up with its positions pointing to Assad's government as the culpable party due to reported tests and analysis done, capabilities and delivery systems of a deadly organophosphorus compound or chemical such as Sarin. Yet, some aren't convinced considering counter-claims and the experiences from faulty intelligence in Iraq, etc. Care has to be taken therefore, to avoid regrets, blames, more animosity and all that.

We believe that the killing of more than 100, 000 people as indicated in Syria, and mostly innocent civilians by an unpopular government should have been confronted and stopped in the most strongest terms by the international community and all UN Member-States. We also know that most UN-Member States will not and can't lead severe investigation, actions or reportedly deterrent attacks envisaged in Syria. United States has been that one country with such leverage, capability and heart despite its errors at certain points, its loses in human and financial resources and incurred hatred, to lead and engage such situations.

Therefore, we don't expect any miracle in leadership from other countries or groups in this direction, yet demand that the international community, UN-Member States join forces with America in investigating and gathering factual evidence and actually punishing and holding culprits of this heinous and crimes against humanity to account. A collective resolve, investigation and action will not only send a strong message to Assad and whoever the culprits might be, that the world is united against the use of such nerve agent and crimes.

It will also serve to destroy stockpiles and capabilities of the users, thus send stronger message and warning to would-be chemical weapons developers and users around the world, that the world has no place for such deadly weapons, even though going nuclear for positive domestic uses may be allowed.

We believe crimes against humanity and genocide must not be interpreted as when 500, 000 to 1,000.000 people are massacred by a government. Once an unpopular government or ruler, dictator consciously wage war and targeting his or her people; those seeking freedom and justice, defenseless citizens who aren't combatants in particular and even combatant who also have rights under international humanitarian law.

The world must not wait for chemical and biological weapons to be used to start assuming its responsibility to act. It should rather act decisively to prevent the use of chemical weapons and genocide. What is United Nations for, if more than 100, 000 people can be killed and it sits to watch; why must it be structured in a way that one or two countries, Russia and China for example can use their veto power to stop collective action against tyranny while politics is played with human lives?

AFCRC believes human rights aren't only about peacefully seeking freedom, equality and justice while the seekers are being ignored mostly and killed by oppressive, totalitarian or dictatorial regimes which include some wearing the mask of democracy. Human rights also includes the right or ability to protect oneself or group, nation and particularly the application of self defense where lives are believed to be in danger or threatened. In the Syrian situation the defenseless and innocent civilians have such right but lacks the ability or means to protect and defend themselves.

Therefore the urgent need for the international community led by America which has for long assumed such responsibility to step in and protect the defenseless for the sake of our common humanity and dignity to lives, while seeking political solutions based upon popular will to the existing problem in Syria and stay consistent in dealing with similar crisis around the world.