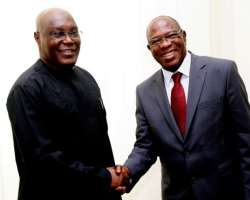 Also the board of the Yola-based media conglomerate was reconstituted under the Chairmanship of Mallam Ahmed Aminu.

Atiku Abubakar charged the new management to fast track the realisation of GOTEL TV’s vision of becoming the preferred  voice in disseminating the Nigerian and African perspective.