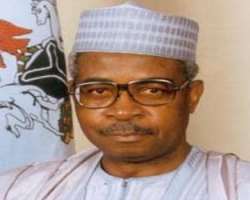 San Francisco March 01, (THEWILL) – In another step aimed at asserting his authority on the affairs of state, Nigerian Acting President Goodluck Jonathan on Monday set up three new advisory committees including reconstituting one on the Niger Delta and another to supervise ongoing government projects in the country (FPAC).

According to a statement from the Presidency, the Presidential Advisory Council is expected to provide input on government policy and would "promote good governance, in the areas of power, economy, security, infrastructure, social sector, the electoral process, and the fight against corruption, among others."

The Council is expected to begin work on Thursday.
President Musa Yar'Adua has been ill since November 23rd and his return to Nigeria last week set up a power tussle which the Acting President seem to be winning with the support of Nigerians, the US, UK and the EU.

Mr. Jonathan is also expected to announce a major cabinet change any moment from now.