Syria Crisis: The World Sitting On A Keg Of Gunpowder! 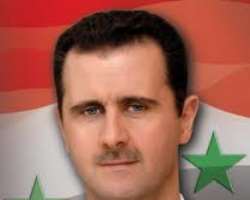 Syria as a country has never been fortunate with peace. It is a country that has found it difficult escaping the specter of violence. As a country in the Western Asia, bordering Lebanon and the Mediterranean Sea to the West; it has a history of power struggles, wars and countless coups. Unlike, in other Arab countries like Tunisia, Egypt and Libya where the Arab spring had been successfully staged and new governments established; the country's Arab spring has failed to achieve this. Rather than making any meaningful impact; it has only succeeded in destroying human lives and material resources. Over 100, 000 lives had been estimated to have been lost since the crisis started in 2011. Many who are displaced and are currently seeking refuge in neighboring countries. Today, crisis in Syria is becoming a bubonic plague which if not meticulously addressed could be devastating not only to Syria but the entire world. The world's peace is currently being threatened by the conflict in Syria.

Unfortunately, UN Security Council comprising of United States of America, Britain, France, Russia and China that ought to have used their political influence in a chaotic situation like this have failed to reach a consensus on the issue of Syria. While US and Britain are ready to take military action against Syria; Russia and China are solidly behind Al-Assad. However, there seems to be no other rationale to this, other than politics of interest which had been 'Super Powers' major reason for taking definitive action against those perceived as recalcitrant leaders already affected by the Arab spring. The recent show of supports by virtually all the five members of UN Security Council to either President Bashal Al-Assad or the Al-Qaeda affiliated rebels in Syria all point to inordinate ambitions and dirty politics of interests that has been the hallmark of the Security Council.

If Moammar Gaddhafi had been smart to have made an ally with one or two of the countries in UN Security Council; he probably would not have ended the way he did. But because he was a buffoon, he perished in his buffoonery. Bashal Al-Assad on the other hand had mastered international politics and has found allies in Russia and China- the two nations he and his late father must have protected their interests in Syria.

Apart from the wanton destruction of lives in Syria; America and Britain are currently doing the unthinkable as they have been accused of secretly supporting Al-Qaeda affiliated rebels in Syria. This has raised a moral question on the real intentions of America and Britain in Syria. Is this act of desperation a way of putting a stop to the conflict ravaging the country or desperation propelled by country's interest? Either way, the moral question these two countries should answer is whether the phrase of 'zero tolerance to terrorism is no longer in existence? If these two countries could descend so low as to give support to Al-Qaeda affiliated rebels in Syria-then there is definitely more to it than meets the eye.

The gritty truth is that both Al-Assad's soldiers and the rebels in Syria are both guilty of killing the innocent civilians. Unfortunately, because of politics of interests, countless of innocent Syrians have become collateral damages of international politics. A dangerous dimension was added to the unrest when chemical weapon that killed more 1000 people was used. Even as investigations have commenced on the use of chemical weapon-both the rebels and Assad government are now pointing fingers at each other.

The crisis in this Arab nation at this point is like a keg of gunpowder ready to explode if diplomatic solution was not achieved. In as much as America and Britain are ready to deploy their military to Syria; Russia and China have refused to veto military action against Syria. The Iran Supreme Leader, Ali Khamenei has equally stated that military action against Syria would be disastrous. He was quoted to have said: 'Syria is Iran's "35th province. If we lose Syria we won't be able to hold Tehran," The Iranian new leader has said that his country and Russia are working together to prevent a Western military attack on Syria

"Military action will bring great costs for the region," Rouhani said, and "it is necessary to apply all efforts to prevent it."

Also Chief of Iran's powerful Revolutionary Guards, Gen. Mohammad Ali Jafari was quoted to have told the Tasnim news website, that an attack on Syria "means the immediate destruction of Israel."

Iran's rocket capabilities according to Jane's Defense Weekly can be used against ships and strike countries as far away as Israel. Iran has been testing ballistic missiles and probably already has a solid-fuel missile that can reach Israel.

U.S. forces in the region are prepared for such attacks but would not be able to prevent them all right away, said Chris Harmer, an analyst at the Institute for the Study of War who worked on military plans for the Persian Gulf as a commander in the Navy. However, recent experience shows that Iranian weapons still pose a threat to modern navies.

It is on record that during Israel's 2006 war with Hezbollah, the Iran-backed militia nearly sunk the Israeli corvair Hanit with an advanced sea-skimming missile that crippled the ship's propulsion system and killed four sailors.

Hezbollah is also said to have in its possession thousands of rockets hidden in its base in southern Lebanon that it can launch at Israeli cities. And Syria has missiles it can launch at Saudi Arabia, Jordan, Turkey, Cyprus and Israel.

Iran, a Shiite Muslim theocracy, could spur uprisings among Shiite populations in Sunni-led Gulf countries, especially Bahrain, which has a Shiite majority, and Saudi Arabia and Kuwait, which have considerable Shiite minorities, Cohen said.

To further show its support to Assad led government; two Russian warships have been dispatched to the eastern Mediterranean Sea to protect what the country called 'Russian interests' as tensions escalate in the region.

The ships, a missile cruiser and a large anti-submarine vessel, are traveling from the North Atlantic and will arrive in a number of days, Reuters reported.

To this end, peaceful resolution rather than military action will no doubt be the best option to the crisis in Syria. Failure to do this will have adverse effect that could trigger not only economic problems but also another World War.