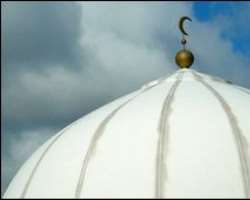 
By Dominic Casciani
BBC News
http://www.nigerianbestforum.com/blog/wp-content/uploads/2010/03/47399371_mvc-004s.jpg An influential Muslim scholar has launched a global ruling against terrorism and suicide bombing.

The scholar describes al-Qaeda as an “old evil with a new name” which has not been sufficiently challenged.

The scholar's movement is growing in the UK and has attracted the interest of policymakers and security chiefs.

In his religious ruling, delivered in London, Dr Qadri said that Islam forbids the massacre of innocent citizens and suicide bombings.

Although many scholars have made similar rulings in the past, Dr Qadri argued that his massive document goes much further by omitting “ifs and buts” added by other thinkers.

Shahid Mursaleen
He said that it set out a point-by-point theological rebuttal of every argument used by al-Qaeda inspired recruiters.

The populist scholar developed his document last year as a response to the increase in bombings across Pakistan by militants.

The basic text has been extended to 600 pages to cover global issues, in an attempt to get its theological arguments taken up by Muslims in western nations. It will be promoted in the UK by Dr Qadri's organisation, Minhaj ul-Quran International.

Dr Qadri spoke for more than hour to an audience of Muslims, churchmen, MPs police officers and other security officials.

“They [terrorists] can't claim that their suicide bombings are martyrdom operations and that they become the heroes of the Muslim Umma [global brotherhood] no, they become heroes of hellfire, and they are leading towards hellfire,” he said.

“There is no place for any martyrdom and their act is never, ever to be considered Jihad.”

Religious rulings
The document is not the first to condemn terrorism and suicide bombing to be launched in the UK.