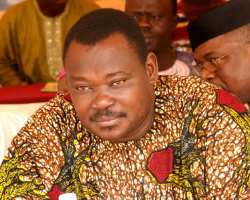 
The Publisher of National Mirror, Barrister Jimoh Ibrahim, has demoted the Editor of the Daily Mirror, Seyi Fasugba.

Fasugba, who was out of Nigeria when the decision was taken on Monday, was moved to the Sunday title as Editor.

In media establishments, the Daily Editor is the most senior of the three title editors.

Ibrahim did not give any reason for the demotion of Fasugba.

In his place, he appointed the Editor of the Sunday title, Bolaji Tunji, to oversee the daily title.

Also on Monday, Ibrahim handed out a warning to the Managing Director of the National Mirror, Steve Ayorinde, and the other title editors: They are never to travel out of Lagos, the operational base of the newspaper, without his permission.

They are to give him a minimum of five days notice in writing before they can travel.

He is also to revert to them in writing before they can so do.

Ige was sacked over the usage of a photograph on the front page of Saturday Newswatch, which featured, among others, Chief Wole Olanipekun (SAN).

Olanipekun was said to have become a part of Ibrahim's black book for being against him in the tango for rundown Air Nigeria, bought over by the publisher of National Mirror and Newswatch Daily.