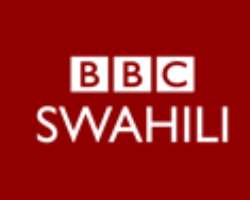 27 August 2013. Director of BBC Global News, Peter Horrocks, will be in Nairobi to announce plans by BBC World Service to move the entire radio and online production of BBC Swahili service to East Africa.

Production of BBC Swahili's morning programme, Amka na BBC, will relocate to Dar es Salaam in Tanzania while the afternoon flagship programme, Dira ya Dunia, moves to Kenya's capital Nairobi. Online production of the website bbcswahili.com will be shared between the two cities.

Since the start of the BBC broadcasts to East Africa in Kiswahili in 1957, audiences in the region have relied on the BBC to bring them objective, unbiased information about the developments in their countries - and to take their story to the rest of the world. The BBC's commitment to serving these audiences has brought about milestones and firsts in international broadcasting in Africa.

The BBC achieved another milestone last year when it launched TV news programmes dedicated to its African audiences - Focus on Africa and Dira ya Dunia. The BBC became the only international broadcaster with a daily TV programme in Kiswahili.

In Nairobi, Peter Horrocks will be speaking about taking this commitment to a new level by bringing the BBC Swahili radio and online production teams even closer to audiences in East Africa.

He says: 'Every week, around 20 million people tune in to BBC Swahili radio. Amka na BBC and Dira ya Dunia are household names among millions of Kiswahili-speakers. Traffic to bbcswahili.com has grown more than threefold year on year - with majority of users coming to us via mobile phones. By relocating the BBC Swahili teams to East Africa, we will better meet the demands of these people who come to the BBC for the news and information they trust. We are confident that our audiences will be the winners of this change and investment in Africa.'

Global audiences will have an opportunity to put their questions to Peter Horrocks directly. The BBC Global News director will take part in a special Twitter and Facebook question-and-answer session on Wednesday 28 August, from 14.00 to 15.00 GMT (17.00 to 18.00 EAT). Audiences around the world are invited to take part via the #mybbcafrica hashtag or via the BBC Africa Facebook page.

'Connecting us directly with our audiences, discourse such as this informs BBC World Service as a public broadcaster as we fine-tune the way we serve our audiences. I am looking forward to this exciting opportunity to hear out our audiences, first-hand,' says Horrocks.

The recording of BBC Africa Debate will bring together a studio audience of around 100 people: writers, journalists and broadcasters, local and international media owners, social media activists, listeners and viewers, media students and others.

This edition of BBC Africa Debate will be recorded at Multimedia University in Nairobi from 10am and 12 noon local time on Thursday 29 August. It will be broadcast by BBC World Service at 19.00 GMT (22.00 EAT) on Friday 30 August, and repeated at 13.00 GMT (16.00 EAT) on Sunday 1 September. It will also be available online at bbc.com/africa.

The BBC Swahili debate on the same subject will be recorded at Multimedia University between 12.30 and 14.00 local time on the same day and will be broadcast as part of Dira ya Dunia at 15.30 GMT (18.30 EAT) on Friday 30 August.

BBC World Service is an international multimedia broadcaster, delivering a wide range of language and regional services on radio, TV, online and via wireless handheld devices. It uses multiple platforms to reach its weekly audience of 192 million globally, including shortwave, AM, FM, digital satellite and cable channels. Its news sites include audio and video content and offer opportunities to join the global debate.