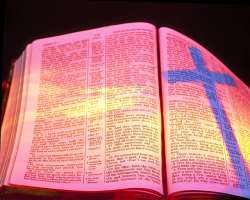 A recent study conducted by scholars at the University of Rochester concludes that religious believers are less intelligent than non believers. According to the study, atheists have higher intelligence quotients and their intelligence predisposes them to dismissing religion as irrational and unscientific.

It states that atheists have greater self control, better self esteem, build more supportive relationships and are able to do more for themselves. And that is why they do not need the benefits and promises of religion. That is the reason why intelligent children or elderly persons shun church.

According to the researchers, 'Most extant explanations (of a negative relation) share one central theme - the premise that religious beliefs are irrational, not anchored in science, not testable and, therefore, unappealing to intelligent people who 'know better'.'Intelligent people typically spend more time in school - a form of self-regulation that may yield long-term benefits. 'More intelligent people getting higher level jobs and better employment and higher salary may lead to higher self-esteem, and encourage personal control beliefs.'

The researchers came to these conclusions after reviewing 63 scientific studies about religion and intelligence dating between 1928 and last year. In 53 of these, they found a 'reliable negative relation between intelligence and religiosity'. It is only in 10 that the relationship was positive.

For some reasons, many atheists will welcome the outcome of this study. At least it challenges the narrative and prejudice that associates wisdom with religious belief(The Christian Holy Book-Psalm 110:10- says that 'The Fear of the Lord is the beginning of wisdom') But more importantly it resonates with what many non believers often think-that when it comes to some issues concerning ethics, nature or the cosmos, cures for diseases or living a good life, they hold or maintain a more 'intelligent' position.

On the other hand, many religious believers will dismiss the conclusions of this study as untrue, as a form of atheist propaganda.

In fact, some religious people will regard the conclusions as racist and the research as yet another attempt by atheist scholars to discredit religion and religious believers. Even though the study does not say anything about the religious or non-religious affiliation of the researchers.

Of course there is a tendency for studies like this to fuel prejudice against religious believers or get some non believers to begin to think that they have 'superior intelligence'. People are likely to think that disbelieving in God makes one intelligent, it does not. Or that identifying oneself as an atheist means that one is more intelligent than a theist counterpart. That is definitely a fallacy of non sequitur.

These conclusions are products of scientific research. They point to the tendency not necessity of the correlations. They are conclusions couched in the language of probability not certainty. But studies like this could make people draw necessary or essentialized conclusions about religious believers and non believers. And this has made this piece necessary.

Personally I am an atheist but I find some aspects and conclusions of this study objectionable.

First of all, it is important to contextualize the research and its findings to avoid generalizing or applying the conclusions to societies or cultural groups with different beliefs or social realities. The study must have been carried out in places where atheists are socially visible and 'trackable', where it is possible to study and compare atheists and religious believers. And this is not the case in many parts of the globe. In most parts of Africa and the Middle East, atheism is socially invisible, so it is in at least some parts of North America, Latin America, Asia. Even in many parts of Europe, many people who are non believers cannot openly identify themselves as such. So applying the conclusions of this study to places where atheism is seen as a taboo can be problematic. This said, we must assume the study has at best taken samples from not so religiously conservative places in Europe or North America, and we must ask, how representative is that for any interpretation of the outcome of the study.

Furthermore I contest the definitions of terms like religion and intelligence used in the study. The researchers defined religion as 'involvement in some or all parts of a belief.' This definition does not say much besides shifting the 'definiendum' to another, not less problematic notion, belief. Religion, like many social scientific terms, at first glance seems a straight forward notion but becomes harder to grasp as one takes a closer look at it. Numerous books and articles have been dedicate to this question, which up to today have not given a generally accepted definition in the academic study of religion, or anywhere else in the social sciences.

But going by the definition used by the researchers, the term religion applies -and can- apply to both religious believers and non believers alike. As we should understand, atheists and believers alike have beliefs. Even among theists or non-theists, individuals hold different beliefs. What distinguishes atheists from theists is not really being fully or partially involved in a belief but mainly their position regarding the existence of god or, more technically, of supernatural agents. For the religious person, such things as supernatural agents exist but the atheist does not see any evidence for their existence. For the study's definition of religion to apply to atheists and theists, the supernatural must be factored into it.

Meanwhile those who conducted the study define intelligence as the 'ability to reason, plan, solve problems, think abstractly, comprehend complex ideas, learn quickly, and learn from experience'. Again this definition can equally apply to religious believers and non believers. On the one hand there are many people who reason, plan and solve problems and who still entertain religious belief. On the other hand, there are non believers who do not comprehend complex ideas, learn quickly or learn from experience.

Generally I think there are religious believers who are more intelligent than non believers and vice versa. And one can be an atheist even without going to any school or having a high level job. Like theists, there are atheists who are not interested in going to school, there are non believers who do menial jobs and who are unemployed. While education is necessary and helpful, I do not think schooling is what makes non-believers to doubt, question or reject the notion of God.

So, though I have issues with this study, I think the conclusions will at least get many religious believers to start re-thinking and probably begin to question some of their prejudices against non believers or infidels. In the religious holy books there are so many 'divinely inspired' or 'revealed' sections that portray nonbelievers as foolish or immoral. In the Bible(Psalm 14:1) it says: 'The fool has said in his heart ' There is no God'' In the Koran(9:123 "O you who believe! fight those of the unbelievers who are near to you and let them find in you hardness.",) there are several provisions that enjoin believers to wage war against non believers. And over the centuries, these scriptural provisions have informed the perceptions and attitudes of believers towards non believers; they have informed policies and legislations that discriminate against atheists in many parts of the world.

Disclaimer: "The views/contents expressed in this article are the sole responsibility of the author(s) and do not necessarily reflect those of The Nigerian Voice. The Nigerian Voice will not be responsible or liable for any inaccurate or incorrect statements contained in this article."
Articles by Leo Igwe
21-1-2021  Blasphemy: Ganduje And Continued Detention Of Mubarak Bala In Kano14-4-2017  Meningitis Outbreak: Questioning The Existence And Potency Of Allah6-4-2017  Invisibility Of Atheism: Exploring The Phenomenon Of Worldly Religion In Africa2-1-2017  Gender Equality And Misogynistic Islam In Nigeria13-11-2016  Building Mosques And Economic Recession In NigeriaMore...