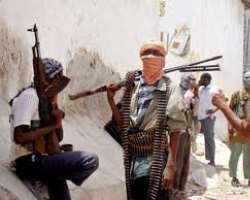 
Suspected members of Islamist extremist group Boko Haram have attacked a village in Borno, killing at least 35 people and wounding 14, the military said on Friday.

'Boko Haram people attacked the village on the ground that they have refused to cooperate with them, that they refused their message,' defence spokesman Brigadier General Chris Olukolade told AFP of the incident in Dumba. 'The report that was presented has it that 35 people were killed and 14 wounded.'

The attack occurred on Monday, but the information had not become public until Friday with phone lines cut in the region and the village located in a remote area