Chris Brown back on probation, sentenced to 1,000 hours of labor 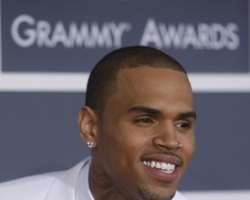 Chris Brown is nowhere near done with his probation now.

The Grammy-winning R&B singer has been ordered to complete an additional 1,000 hours of community labor as a result of prosecutors’ accusations that he did not properly report his previous community service hours.

Brown’s five-year felony probation was revoked in July after misdemeanor hit-and-run allegations brought the singer back to court. That case was dismissed earlier this week, but Judge James Brandlin reinstated Brown’s probation when the singer appeared for the hearing Friday and said that he must complete the 1,000 additional hours — that’s 125 days — by Aug. 25, 2014, according to L.A. Now.

The 24-year-old “Don’t Wake Me Up” singer was originally sentenced in 2009 to 1,440 hours of community labor — 180 days — to be done in his native Virginia following his assault of then-girlfriend Rihanna at a pre-Grammy party. Though his lawyers said he had completed his hours in Virginia, on Feb. 5, L.A. County Deputy Dist. Atty. Mary A. Murray accused him of submitting false records in a motion that outlined a series of inconsistencies in a report submitted by Richmond, Va., police that listed the hours Brown served.

Though Brown’s attorney Mark Geragos disputed the claims, one instance in the report said Brown completed four hours of trash pickup when he was actually en route to Cancun, Mexico, and another said that he was picking up trash in Richmond when he was photographed at a charity event in Washington, D.C.

The judge made no finding that Brown violated his probation, L.A. Now reported, but instead reinstated the probation with the additional hours.

The singer can work for Caltrans picking up trash on the streets and highways, clean up beaches, do probation alternative work services or clean up graffiti, TMZ reported. The latter option is ironic because Brown’s neighbors have complained about a graffiti-style monster mural on the outside of the singer’s Hollywood Hills home. The mural was painted over in July.

In the probation sentencing aftermath, Brown shared a few salty tweets showing exactly how he felt about the case (be warned, the following links contain profanity).

“#FWPT … what people think,” he wrote Friday, then shared a link to his latest music video for “Love More” with rapper Nicki Minaj.

“while you guys kill yourself over bull… ill keep directing stuff like this! Thx team breezy!!” he said.

Perhaps that’s his way of saying the “nonstop negativity” that resulted in his seizure last week will no longer take its toll on his career.