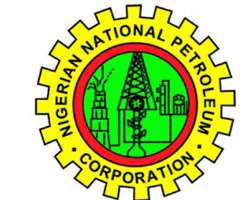 
By: Ifeanyi Izeze
The rate principal actors are jostling for space in the unfolding drama of the gross dishonesty between the Nigerian National Petroleum Corporation (NNPC) and its transnational joint venture partners in accounting for the produced crude oil in this country, is at best disheartening and only shows how unserious we are as a nation.

First it was the “principality” in this joint venture of frauds, Shell Petroleum Development Company of Nigeria (SPDC) that confronted the “rulers of darkness of this nationÃ¢â‚¬ in Abuja at the recently concluded Nigerian Oil and Gas (NOG) 2013 Exhibition and Conference by challenging President Goodluck Jonathan that instead of gallivanting to European and other foreign countries to seek for help on tackling crude oil theft, the Goodluck Jonathan administration should move against “principalities and powers in high places,” who are the sponsors of crude oil theft in the Niger Delta.

And barely one week from the exchange between Shell and the Presidency on the issue of crude oil theft in the Niger Delta, the “power” in this spiritual wickedness against the Nigerian people, the nation’s apex oil concern- the Nigerian National Petroleum Corporation (NNPC) on Tuesday 6th August 2013 in a statement in Abuja disputed claims by Shell that their joint venture lost over $700 million (about N109.9 billion) to crude oil theft and vandalism.

Shell is one of NNPC’s major joint venture partners.

“The NNPC said that contrary to the outrageous figures Shell is dangling as volume of crude oil lost to thieves, the combined efforts of the government and the international oil companies (IOCs) have resulted in a significant drop in the level of pipeline vandalism and crude oil theft, with a corresponding increase in daily crude oil production. Shell and NNPC jointly own several oil blocs which the Anglo-Dutch multinational oil concern manages as the operator.

As posited by NNPC’s Acting Group General Manager, Public Affairs Division, Tumini Green, “Shell’s claim that it lost over $700 million by the second quarter of 2013 to crude oil theft and other disruptions in Nigeria was wrong, as such losses were not localised to the country.Ã¢â‚¬ The NNPC claimed that with the repair and re-opening of some vandalised pipelines and flow stations in recent times, the country’s average crude oil production, which stood at 2.13 million barrels per day in June, increased to about 2.4 million barrels per day which is the current production figure.

“It would be recalled that the last arm occupying the post of “spiritual wickedness in high places/creeks” in this embarrassing act of crude oil theft in the Niger Delta, The Joint Task Force(JTF) recently said Shell might have given false statistics to support its claim of increased theft of the crude it produces. The JTF said this when Shell recently threatened to shut its Nembe Trunk Line because of rising incidents of oil theft within its pipeline network in Bayelsa State.

The JTF spokesperson, Onyema Nwachukwu, said in Yenagoa that contrary to the claims by Shell, the security outfit is recording significant success in the fight against the illegal activities stressing that the statistics SPDC gave is suspicious.

“The statistics peddled by SPDC is very doubtful, they should look inwards as their staff possessed the expertise to crack and clamp and not the JTF,” Mr. Nwachukwu said.

Not too long ago, the JTF in a press statement in Port Harcourt said interrogation of two arrested oil thieves reveals they are Shell staff. According to the joint taskforce, the suspects were arrested while they were tapping crude oil from a Shell pipeline in Rivers State.

Michael Etete, the Spokesman for the 2 Brigade, Nigerian Army, Port Harcourt, said the workers were arrested for breaking and tapping crude oil from an SPDC pipeline located at Kporgho in Gokana local government area in Rivers.

At about 9:30 p.m. on Nov. 19 (2012) troops of JTF Sector 2 Pulo Shield on patrol discovered a pipe break and an illegal connection on SPDC pipeline in Kporgho in Gokana LGA.

The Force said the two arrested men Ã¢â‚¬Å“working for SPDC as surveillance officers were arrested at the scene.” Shell’s explanation in a statement by the company’s spokesperson, Precious Okolobo was that “There are indications from the Investigation that the arrested persons are employees of one of the several community based contractors who undertake pipeline surveillance work on SPDC’s behalf in the Niger Delta.”

 Even without making a single comment on this, it is very glaring that the dispute between Shell and the NNPC highlights the gravity of the dearth of transparency and accountability in the operations of the country’s petroleum industry.

That two partners in a major joint venture could find it difficult to have the same records and data of their joint operations, is a clear confirmation that this people have been taking this nation for granted over a long time.