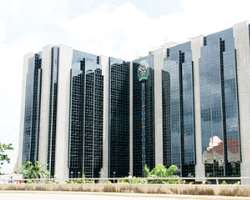 
The recent action of the Central Bank of Nigeria to increase the cash reserve requirement on public sector funds to 50 per cent on Tuesday received the endorsement of the Bankers' Committee.

The committee, which comprises the Chief Executives of Commercial banks, and other financial institutions,  approved the withdrawal of 50 per cent of public fund from the banks to the Central Bank of Nigeria (CBN) through the cash reserve policy apparently for safe keep.

Also, the bank chiefs in collaboration with the apex bank signed the resolution for the Trust Fund deal, which requires  various banks with the intention to cover the cost of the banking crisis that happened to the Nigerian banking sector few year s ago.

She spoke to journalists at the end of the 314th meeting of the committee.

The Group Managing Director of Zenith Bank, Godwin Emefiele, also noted that  the action of the regulator was prompted by huge liquidity overhang.

There was a lot of liquidity prompting the CBN to examine the balance sheet of the banks and discovered a strong liquidity ratio, thereby leading to a withdrawal of some of the liquidity in the system to enable to bank (CBN) achieve its primary mandate of macro economy stability and stable exchange rate, he said.

According to him,  the CBN and banker's committee have taken its rightful position concerning the maintenance and ensuring stability in foreign exchange.

On his part, Group Managing Director, Fidelity Bank, Mr. Reginald Ihedioha, noted that the committee extensively discussed the agricultural sector owing to its importance to the nations' economy.

' Agriculture is the major employer in our economy, in terms of output, it contributes over forty percent, it is also fundamental for security in the economy. From the little 1 percent just about few years ago, our total industry and portfolio ranking has increased a little above 4 percent within a short period of time,' he said.

The committee stressed on the importance of fixing the value chain which will help the banks to effect lending confidently and that can only be achieve through the development of new entrepreneurs. The committee added that if the value chains are fixed, major food producing area will thrive giving room for entrepreneurial growth.

The UBA Group Managing Director, Philip Uduzua, attributed the reduction in the banking hall activities to the introduction of the cashless policy of the CBN, adding that it has as well reduced the cost of business transaction. He said,' we have witnessed significant improvement in financial transaction that are migrating from the banking hall to the electronic platform'.

According to the UBA boss, ' we started transaction in the neighbourhood of N8.3 billion and now i want to say that by July, 2013 that has moved up significantly to N13.6 billion which is very substantial,” he concluded.