Jenifa 4 On The Way; Funke Akindele Confirms Part 4 of her Blockbuster Movie “Jenifa” Is In Works 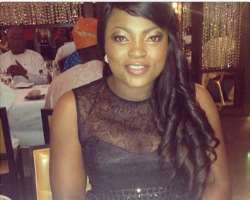 Since her divorce, Funke Akindele hasn't been off the media for a reason or the other. The popular actress who made large chunks off her massive movie, Jenifa which has 3 parts already, confirmed that she is already putting final touches to the part 4 of the movie.

The part 4 is expected to showcase the new life of Jenifa in the United States of America after her travails in part 1,2 and 3.