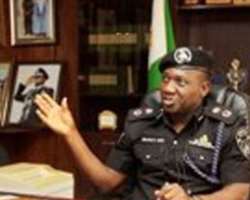 (Joint Statement, Onitsha Nigeria, August 10, 2013)-The attention of the International Society for Civil Liberties & the Rule of Law and Anambra State Branch of the Civil Liberties Organization has been drawn to threats from the office of the Divisional Police Officer of the NORMANSLAND Police

There have been sharp disagreements between the Government of Kano State and the security agencies in the State, on one hand; and the Ohanaeze leadership in the State led by Mr. Tobias Idika, on the other, over the management of the casualty figures in the two deadly bomb blasts that were planted and detonated in the Sabon Gari area of Kano State on March 18 and July 29, 2013 respectively.

While the former watered down the two figures to 22 and 12 respectively; the latter insisted with facts and figures that over 185 and 50 died in the two blasts. Over ninety-five percent of them

were Igbo-Nigerian citizens. The watering down of the number of the dead in both police unlawful killings and other killings carried out by malicious Nigerians in recent years, have become a routine in the country and the reasons for it are politically related.

Latest threats on the life and liberty of the Ohanaeze chieftain arose from the July 29, 2013 multiple bombing of strategic areas of Sabon Gari including Enugu/Igbo Road, near International Hotel and New Road, opposite Ado Bayero Square. One of the areas that recorded high death and injury

Sabon Gari where 39 dead bodies were recovered.
The Church was in the midst of its evening crowded service when the bomb went off killing scores

of its members on the spot. The Kano Ohanaeze leadership, which arrived the scene moments after the evening multiple blasts, also recovered 6 more dead bodies on Enugu/Igbo Road and assisted in the evacuation of the injured.

Over five others died later in hospitals from injuries sustained. This brought the total number of those who died in the multiple blasts to over 50. But the Government of Kano and its security agencies including the JTF and the Kano State Police Command said that only 12 people died in the

Mr. Tobias Idika has on 6th of August, 2013, written the Inspector General of Police over threats of unlawful arrest and detention slammed on him by the DPO of NORMANSLAND Police Station, said to be acting on the orders of the State CP, Mr. Musa Daura.

He alleged that the DPO, Mr. Shaibu Bello threatened him on phone, describing him as “being stubborn and outspoken”; a vivid reference to Mr. Idika's insistence and refusal over mangled casualty figures, contained in his leadership's recent public statements on the blasts. He has also received threats calls from persons believed to have been hired by the State Government and its

planted detractors within the Igbo community in the State.

chapter will close if you do not run. Be warned”. Chief Tobias Idika, as a result, has gone into hiding.

Consequently, we wish to bring to the attention of the world including the Federal Government of Nigeria, the Southeast Governors Forum and the Inspector General of Police over the threats being complained of, with a view to ensuring at all times the security and safety of the said citizen

and his leadership. We demand that nothing untoward must happen to him henceforth.

Chief Tobias Idika is also one of many Nigerians who believe that the Boko Haram terror is politically sponsored and that the Government of Kano State under one Dr. Rabiu Musa Kwamkwaso, may most likely be an accomplice if independently investigated. As we speak, reports have continued to have it that efforts are on by some agents of the State Government to destroy the inventory opened by the Ohanaeze Ndigbo, Kano State Chapter for compilation of the names of the dead and the injured.

Among those who died in the multiple blasts on New Road are Chinemerem Kingsley Ezebuala( male,14 years), Chiamaka Constance Ezebuala( female, 12 years) and Nmesoma Peace Ezebuala(female, 10 years). They belonged to the same family of Ezebuala in Uga Community of Aguata LGA, Anambra State, Southeast Nigeria.

The Federal Government of Nigeria as well as the Governments of Kano and Anambra States should take the post mortem responsibility of the above family as well as others that were affected.

We demand for an end to suppression of casualty figures in Nigeria be they victims of natural disaster or those who died from human generated security threats and other unsafe conditions. The ICC is again called upon to intervene in these unabated politically organized killings in