Nolywood Actors who have found Christ 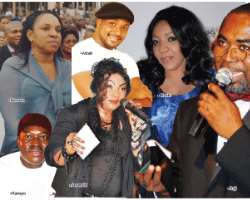 No doubt, fans love and adore movie stars. However, despite the love, the personal life of some of these stars is far from decent. Actresses, especially those who are stereotyped as cheap, promiscuous, money hungry, greedy and selfish are worst hit. On the other hand, the men are seen as gigolos, party animals, womanisers, and all sorts.

These features do not necessarily apply to all of them, as some people have argued that there are still decent ones among them. And in this era of many claiming to have “become new creatures,” these stars also have proclaimed a new life, with some even going as far as claiming they have given their lives to Christ.

Here are a few actors who have had a very fair share of the fast superstar life, and today profess to live for Christ