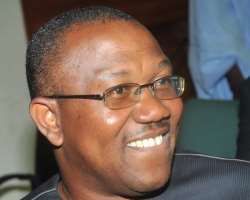 Listen to article
The Anambra Government and the Organised Private Sector in Awka on Monday
renewed calls for the construction of embankment on the River Niger in the
state.
The call was made at an interactive session organised by the government
and the State Emergency Management Agency.
The industrialists, who were largely from the Onitsha Industrial Harbour,
expressed regrets on the huge loss on investment due to the flooding.
The Group Managing Director of Krisoral Group of Companies, Mr Oranu
Chris, spoke on behalf of the manufacturers.
Chris urged the Federal Government to release the disaster funds to help
mitigate the effects of the flood.
He said the occupiers of the harbour, which employs no fewer than 25,000
people, had started to protect their investments through erection of
embankment on the river bank.
In his remarks, the Secretary to the State Government, Mr Oseloka Obaze,
said the 2013 NIMET flood prediction was unfavourable to the state.
Obaze, who also heads the state flood management board, said that about
280,000 persons were envisaged to be displaced.
He said the state government spent N500 million on management of 2012
disaster, appealing to communities in disaster-prone areas to create
awareness on how to mitigate flooding on the citizenry.
He further appealed to the Federal Government to assist the state
government in fully resettling the victims and cushioning the burden of
affected industrialists.
Prof. Christian Mmadu, Director of Shell Centre for Environmental
Management and Control, University of Nigeria, Nsukka, called for a more
proactive approach to the problem.
Mmadu called on the government and communities in the flood-prone areas to
constitute technical committees to work out a possible long-term solution
to the global climate change challenge.