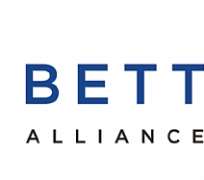 Forming part of South Africa's Renewable Energy IPP procurement program (REIPP), the 50MWe installed capacity BOKPOORT CSP Project is being equipped with the largest thermal storage ever adopted for a solar power plant of this class and capacity to date. The plant thermal storage capacity will be 9.3 hours enabling it to yield a record-high generation in excess of 200 GWh/year well into the night every day throughout the year. This makes CSP the only renewable technology at commercial scale to cover the country's daily peak demand from 5 to 9 PM thereby helping to prevent power black outs.

BOKPOORT CSP IPP was the only CSP technology project and one of only 19 renewable energy projects selected by the Department of Energy of South Africa from among 79 bids submitted for the second window of the country's REIPP.

The construction is being undertaken by a consortium of EPC contractors composed of TSK Electrónica y Electricidad S.A., Acciona Infrastructuras S.A., Acciona Ingeniería S.A., Sener Ingeniería y Sistemas S.A., all from Spain, and Crowie Concessions (Pty) Limited of South Africa. The construction of the power facility will utilize more than 40% of scope procured locally in South Africa. The operation and maintenance will be undertaken by a consortium led by NOMAC, a subsidiary of ACWA Power and Invest In Africa Energy Services, a South African services provider. The off-taker of the produced electricity will be Eskom Holdings SOC Limited, a government-owned national utility. The BOKPOORT CSP IPP has partnered with Investec Bank Limited and Absa Bank Limited as mandated lead arrangers to the project and who together with Old Mutual Specialised Finance (Pty) Ltd are providing the senior debt funding requirements of the project.

In addition to wealth creation within South Africa and the local community via the direct investments in the project company, the participation in both construction and in operation and maintenance by South African companies with previously disadvantaged community participation; it will also lead to the creation of 900 jobs in South Africa during the peak of the construction period. The BOKPOORT CSP IPP will also inject significant socio-economic value into the rural South African economy in the vicinity of the power facility, which is to be located in one of the most under developed areas of the country, by bringing an average yearly contribution of US$2 million of additional investments and creating about 60 permanent employment opportunities during the operational life of the power facility and through the sharing of return on the investment being made via the 5% local community trust shareholding.

Whilst South Africa relies heavily on coal to meet its energy needs, the country is well-endowed with renewable energy resources that offer sustainable alternatives to fossil fuels. With the CSP technology to be used, the BOKPOORT CSP IPP will provide electricity to approximately 21,000 households and save approximately 230,000 tons of CO2 equivalent emissions during every year of operation. The technology used in this project will also be a contributor to offsetting South Africa's grid peak power demand period in particular due to its unique size of thermal storage.

Paddy Padmanathan, President & CEO of ACWA Power stated “While ACWA Power is a provider of electricity and desalinated water and is thus fuel agnostic, it is very fitting that our entry into the Southern African market should be via a renewable project and such a pace setting project as this with the volume of storage to deliver reliable solar power generated electricity even during the night time peak."

Padmanathan went on to say “As ACWA Power is also not just a financial investor but a service provider of such basic utilities as electricity and desalinated water, entering a new market means establishing the foundation for a long-term relationship with the country as a whole and the local community we serve. Therefore, we place a great deal of emphasis on socio-economic sustainability of the nations we serve and have facilitated maximum levels of South African participation in the entire project. In addition to a 5% community shareholding, which far exceeds the Government's minimum 2.5% requirement, for whom the equity funding was provided by PIC; ACWA Power as an investor in this project has taken the unusual step of providing funds to Lereko Solafrica Investments (Pty) Limited, owned by previously disadvantaged citizens to hold 13% shares in the project on the same terms as that is usually provided by South African government owned development finance institutions. We are also proud of the fact that in addition to the local community shareholding, particular focus on this project will be on youth development and HIV/AIDS awareness through Lovelife, a national NGO."

Distributed by African Press Organization on behalf of Acwa Power.

Notes to the Editor about ACWA Power

ACWA Power is a developer, investor, co-owner and operator of power generation and desalinated water production plants of contracted capacity of 14,800 MW of electricity and 2.37 million m3/day of desalinated water with an investment value in excess of USD 19 billion and providing employment to more than 2,300 people. The company, incorporated in the Kingdom of Saudi Arabia with a paid-up capital of USD 1.4 Billion is owned by eight Saudi private Conglomerates and by Sanabil, the investment arm of PIF, the sovereign wealth find of Saudi Arabia and by the Public Pensions Agency. ACWA Power's core business is the delivery of electricity and desalinated water by operating assets in which the company has a meaningful level of investment to exercise operational control.

The current portfolio of assets and investments delivers 12% of power and 45% of desalinated water in Saudi Arabia; 60% of power in Jordan; 12% of power and 12% of desalinated water in Oman and 60MWp using photovoltaic technology in Bulgaria. An additional 4,000 MW of power generation capacity is under construction in Saudi Arabia, 50 MW Concentrated Solar Power (CSP) plant at Bokpoort in South Africa, 160 MW CSP plant at Ouarzazate in Morocco and a 45,000 m³/day of water desalination project at in Oman in addition to an 850 MW gas fired plant at an advanced stage of development in Turkey. The portfolio also includes the world's first two sea going barge mounted, self-contained water desalination plants each producing 25,000 m³/day of water currently operating in Saudi Arabia.

From its head office in Saudi Arabia, ACWA Power is today operating throughout the GCC, Jordan, and Egypt and further afield in Turkey, Morocco, and Southern Africa.