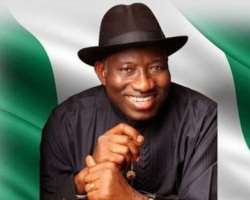 Very often we say it is unimportant where the next president comes from, what should be paramount is his ability and capacity to deliver democracy dividends. But we are compelled to tag along with the whims and caprices of self-appointed godfathers, men of means and ways, who have turned power houses by virture of straying into corridors of power. Take it or leave it, issues like rotational presidency or zoning in the interest of equity and fairness, will continue to be a big part of Nigeria's politics and (s)election process for a long time to come.

The famous Ndigbo axiom of urinating together so that the much needed foam will form has become implausible as distinguished persons of Igbo extraction have so far, failed to work together. Make no mistake about it, the Igbos are respected for their entrepreneurial skills but all too often derided for perceived lack of unity and inability to articulate their position in matters of collective interest. This perception is now aimed at subtly disparaging and marginalising them.

In the light of this, news making the round that a presidential largesse have torn the Ohaneze apart, tearing the zone's ambition to shred becomes credible. It is a cinch that the Igbo presidency has been auctioned. The cacophony of voices mouthing the ambition of the geo-political zone from the rooftop every four years is now hackneyed.

It usually starts with the pronouncement that it is the turn of the Ndigbo's by some eminent Igbo politicians , then resonated by Ohaneze and amplified with subtle threats by MASSOB - bluffing to unleash fire and brimstone if it does not come to fruition. They harp their agitation for the presidency from the rooftop but when it matters most they fail to do the needful - coalesce.

The best chance the Igbos had to occupy the highest seat of democratic power was first in 1999 and four years later in 2003, when a founding member of PDP, Dr Alex Ekwueme, contested the party's primaries with Olusegun Obasanjo. South-East governors and their delegates voted instead for the Ota farmer. It was a shame that governors from the zone could not rally behind their own.

Only Mbadinuju (governor of Anambra state at the time) and his delegates, polled for Dr Ekwueme in 2003. Orji Uzor Kalu, protem coordinator of Njiko Igbo (a group working for the actualisation of an Igbo presidency) did not support an Igbo when he had the opportunity. Isn't this the height of hypocrisy? On two occasions, Kalu saw Ekwueme's name on the ballot but voted Obasanjo. Many Ndigbos still believe the Igbo presidency project died with the defeat of Dr Alex Ekwueme at the PDP national convention because if he had won any of the primaries, he would have gone on to win the general elections and become President!

The Igbos can learn a lesson in unity from other zones who have ruled the country. In 2011, within the PDP, we witnessed how five northern presidential candidates surrendered their personal ambition to scrutiny by the panel set up by the Arewa Consultative Forum to decide who represents the North. Who would have thought a political heavy weight like Ibrahim Babangida would bow out for the consensus candidate of the ACF? It is wishful thinking to imagine this scenario among Igbo aspirants. However, it is not asking for the impossible for same from them.

The perceived lack of ambition of governors of the South-East has not helped the cause of the region. The fear of the EFCC or the Rivers-Amaechi treatment, for them, is the beginning of wisdom. They have chosen to file behind the self acclaimed “chairman” of the NGF, Gov. Jonah Jang in absolute loyalty to President Jonathan. Compare them with their colleagues from the North – all of them thinking they have a realistic chance at the presidency.

For the Igbos, what we hear is the discordant tune of the PDP governors singing President Jonathan's ambition, forming all sort of alliance with South-South governors. Leaders of the zone, for selfish and pecuniary reasons, are preoccupied with canvassing and building support base for Jonathan. It is indeed, sad, that they have auctioned the collective ambition of the Ndigbos.

The death of Odimegwu Ojukwu, the former Biafra warlord, to a large extent has hushed the voice of the Ohaneze, the foremost Ndigbo socio-political forum and direct opposite of the boisterous ACF of the north. In recent time, the agitations of the Igbos have been distant and unconvincing. The Ohaneze seem to have given up on their dreams, choosing to grope and gloat in the back and forth of the northern groups with Ijaw leaders.

But then, some argue that there is a dearth of Igbo leaders who can are sellable on a national platform. A visit to some of states in the east will convince you why none of the state governors is being muted as a potential presidential aspirant. Underperformance and mediocrity has been taken to a whole new level. Physical infrastructure is decrepit and social amenities are frebile. Only Enugu and Imo bear a semblance of states with governors.

Juxtapose them with their colleagues in the South-West where you have the likes of Governor Fashola who has transformed Lagos. Even the South-South can boast of an Oshiomhole who is making giant strides after 10 years of comatose PDP leadership in the state. Some governors in the north have turned the economy of their states around in spite of the meagre allocation from the federal government.

Furthermore, South-East governors do not share the same vision on the 2015 Igbo presidency project like the northerners do. Gov Peter Obi, is more interested in who controls the APGA machinery. He is at loggerheads with Rochas Okorocha. The latter leads a faction into the opposition coalition, APC, believing the Igbos can mount a serious bid for the presidency, or at least a VP ticket. Sullivan Chime has never shown any kind of support for the Igbo presidency project. Same with Abia state governor, Theodore Orji, apart from his occasional rhetorics about an Igbo president, has shown little commitment.

For a region that has not benefited from the largesse the government doles out to quell violence from youths in other parts of the country, they truly deserve the highest office in the land. Anytime MASSOB speak in hash tone, they are quickly hushed with threats of treason by security agents. Terrorists in the north have crippled the economy of some states, yet government is begging them and other dreaded sect in the north to accept amnesty.

Militants in the Niger Delta plundered the economy of the nation with sustained attacks on oil installation until they were granted amnesty. Till date, same region is safe haven for oil bunkering, like never before in the country's history. If for nothing at all, the Ndigbo must be commended for the manner their youths have conducted themselves over the years. MASSOB and other groups have remained law abiding even in the face of provocation that would have triggered reprisals like the recent killing of Igbo traders in the north by suspected members of Boko Haram.

The usual reframe that has left the Ndigbo where they are today has been, the South-East should support other zones, this time the South-South for Jonathan, and in another four years time, it will be their turn.

Regardless of whether Ndigbo present a consensus candidate for the general elections barely two years away, Nigerians hold the ace, as they are to decide, through the ballot, who becomes the next president.