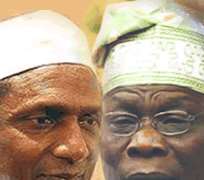 Renewed plans to impeach ailing President Umaru Musa Yar'Adua heightened at the weekend, as top hierarchy of the National Assembly, some members of the Federal Executive Council (FEC) and the Nigerian Governors Forum met separately to discuss ways to move the nation forward. Top on the agenda of the separate meetings was plan to impeach the President.

The meetings, according to a reliable source, were held at the instance of a former head of state and an ex-civilian president.

According to the source, the conveners of the meetings were embarrassed at the disrespect to the office of the Acting President, especially the one that relates to the fact that Acting President Jonathan had not had access to President Yar'Adua since he returned in the early hours of last Wednesday.

Though, the source explained that the idea to commence impeachment procedure against the President was not mooted by the conveners, but it was part of the considerations of the participants to invoke section 144 of the Nigerian Constitution.

Specifically, the source said one interesting feature about the three meetings was that all were unanimous that the nation must move forward, adding that there was a clear indication that none of the participants involved was happy with the turn of events.

'It is good to have this on record that there is already a divided house amongst the loyalists of Mr. President because over 75 per cent of those referred to as his kitchen cabinet members were part of the meeting. Ditto for his loyalists in the fold of the Governors forum. So I can tell you that the President's days are numbered. It's just a matter of time,' the source said.

The source maintained that all the three parties to the impeachment move in the National Assembly, Governors forum and FEC would meet later tonight at an undisclosed location for further deliberations.

In the same vein, the Chairman, Conference of Nigerian Political Parties (CNPP), Alhaji Balarabe Musa has advised the National Assembly to initiate impeachment process against Yar'Adua.

Musa, a Second Republic governor of Kaduna State, said members of FEC with the exception of Jonathan and Prof. Dora Akunyili should face treason charges for failing to invoke Section 144 of the Constitution against the President.

He maintained that anybody that spurned a duty entrusted on him or her by the constitution had committed a grave offence. Such an act of omission, he contended, qualified as gross misconduct.

Meanwhile, medical doctors from United States, United Kingdom and Israel that were supposed to be in Saudi Arabia before the President's return to Nigeria have given a fresh condition for them to be part of his medical team.

The doctors declined to join their counterparts from Saudi Arabia who were already in Nigeria, insisting that unless the President was moved to the US, they would not come to Abuja.

The doctors' position was conveyed in a letter to officials of King Faisal Hospital, Saudi Arabia, the hospital which sought their services in the first place.

The development has, however, sent jitters down the spines of Yar'Adua's handlers who were already expecting the experts.

The hospital in Saudi Arabia, it was gathered, was more favorably disposed to working with the experts from the US, UK and Israel but based in the US because they are more trusted by the hospital besides being on their retainership.

Any move to transfer the President to any country other than the US, according to the source, would be in vain as the medical case notes may not be released. With the latest development, the Daily Sun source said the Presidency might not have any other choice than to comply with the wishes of the medical experts, who were said to be world class professionals in the field of ailment the President had been battling with.